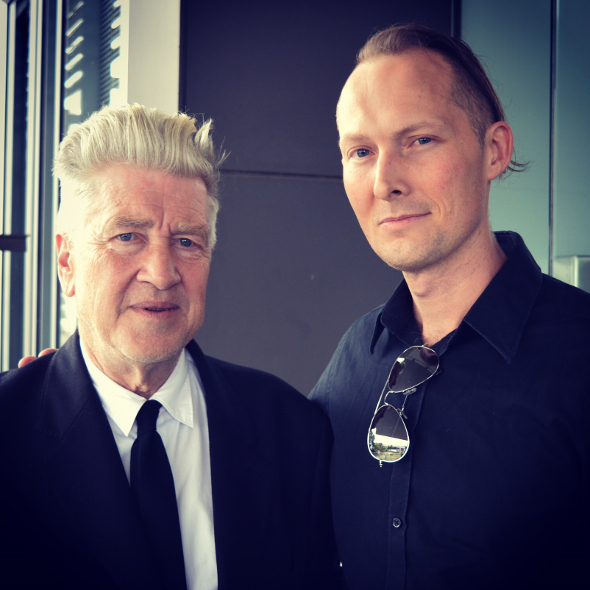 Lawrence English & Jamie Stewart have reimagined a photography exhibition by the American director.

Based out of Brisbane, Australia, Lawrence English’s Room40 is a force to be reckoned with when it comes to experimental and academic music, most commonly of the ambient variety. Its highest profile release this year came from David Toop, a revered ambient academic in his own right, with a truly leftfield and introspective listen that is Entities Inertias Faint Beings. While the mass of music Room40 releases does arguably come from lesser known names, over the years the likes of Tim Hecker, Mike Cooper, Andrea Belfi and Bee Mask have recorded on the label, and its next release comes from Jamie Stewart of pop noise out fit Xiu Xiu and Room40 founder Lawrence English (pictured above with David Lynch) under the name HEXA.

The pair have been commissioned to write their own soundtrack to a David Lynch photography exhibition held at Brisbane’s Museum of Modern Art called Factory Photographs. The pair, who met in 2009, are said to have bonded over their mutual appreciation for Japanese photography and birdwatching, later deciding if they were to collaborate their work should, “chart out mutual sonic interests that occupy the space beyond of their individual practices.” The HEXA project has therefore turned into a “sonic response to David Lynch’s Factory Photographs,” to be presented as as an audio visual work in 2017, while the recordings will find a release on Room40 this year.

Regarding the Factory Photographs exhibition itself, Lynch explains: “I grew up in the north-west of America where there are no factories at all, just woods and farms. But my mother was from Brooklyn, so when I was little we used to go there and I got a taste for a certain kind of architecture and a feeling for machines and smoke and fear. To me, the ideal factory location has no real nature, except winter-dead black trees and oil-soaked earth. Time disappears when I’m shooting in a factory, it’s really beautiful.”

Room40 will release Factory Photographs by Hexa on November 4. 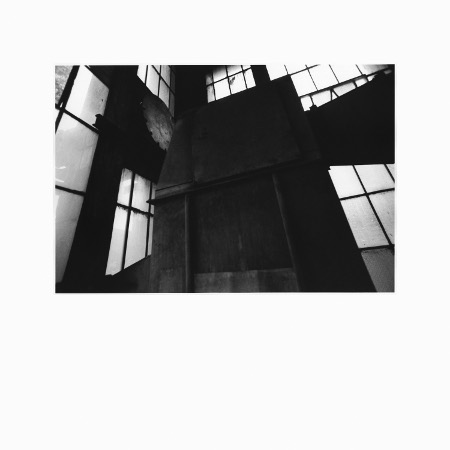