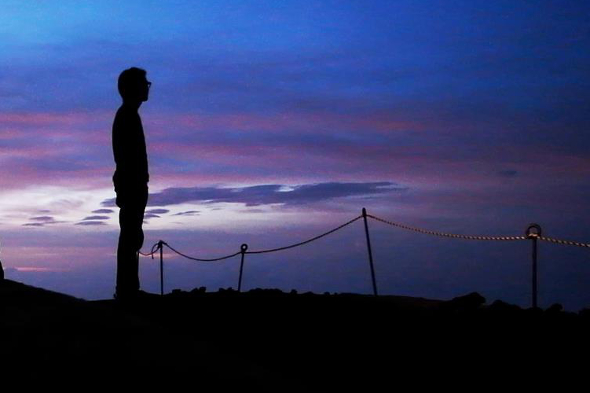 The Tokyo techno producer is next on The Bunker New York.

It’s been business as usual for The Bunker New York this year with the label arm of the venue notching up records from trusted cohorts Donato Dozzy and Derek Plaslaiko, with the latter delivering his first solo release since debuting on Perc Trax back in 2010. Said Gamelatron producer Aaron Taylor Kuffner, aka Zemi 17, was given a second release on the label after debuting on The Bunker New York in 2014 with the two-track Impressions 12″, and same goes for Elliot Taub’s reinvigorated Ulysses project whose releases beforehand graced the likes of Throne Of Blood and Bear Funk. Meanwhile Patrick Russell added a second record to his discography following a Seth Troxler collaboration on French label Circus Company in 2008 with a three-track 12″ of remixes he’s done for label mates Clay Wilson, thwe aforementioned Zemi 17 and the Romans pairing of Gunnar Haslam and Johannes ‘Tin Man’ Auvinen.

The Bunker New York now look further afield for their 20th catalogue number, committing four Wata Igarashi productions cut from the same cloth to vinyl in the Mood of the Machines EP. It provides a fourth release for Igarashi this year following his debut on DJ Nobu’s Bitta and return to emerging Berlin label Midgar plus a contribution to Peter Van Hoesen’s three samplers that went with his official Stealth mix. Over email, Igarashi told Juno Plus of the EP and its name, “if I am using one machine, then it often puts me into some particular mood, or if I want a certain kind of mood in a track, then I look for a machine with that character.” You can preview Igarashi’s machine-shaped moods below.

The Bunker NY will release Moods Of The Machines by Wata Igarashi on September 23. 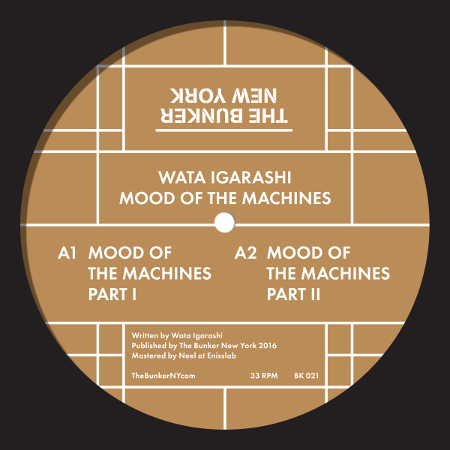