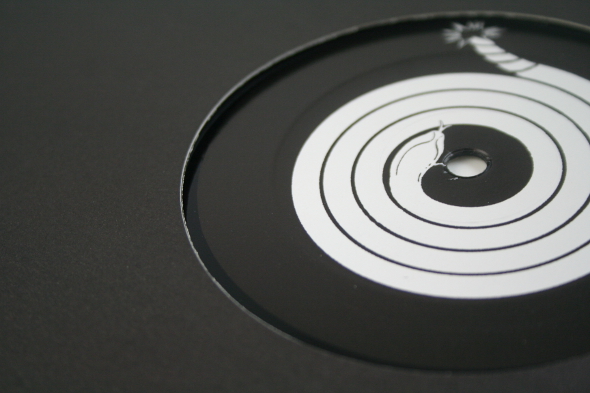 What’s in a style these days? For every grassroots genre or movement within music, there are already mutations, adoptions and mergers before a scene is even developed. Perhaps you like your house music laced with a healthy pouring of ambient, or crave some footwork with a sprinkling of early-‘90s jungle and a soupcon of Detroit techno. Whoever the cook at the cauldron, there’s not much music made these days that doesn’t have a variety of flavours poured into the mix. As such, it can only be assumed that billing DJ Python as an ambassador for ‘deep reggaeton’ must be taken with a pinch of Himalayan rock salt, for different taste buds might well call his concoctions plain old homemade techno or house, albeit with an MSG kink in the ingredients. 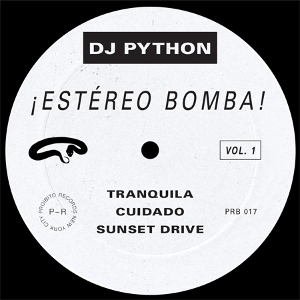 It’s worth noting where the New York-based artist has come from, having previously surfaced as DJ Wey and being largely affiliated to Ital’s Lovers Rock crew. The signs are right there in this release for Proibito, which marks the first fully-fledged outing for the snaking pseudonym after an appearance on a various artist 12” earlier this year. It’s been previously noted that Lovers Rock has built up a recognisable aesthetic amongst it releases, and that vague notion of atmospheric pads and hypnotic rhythm runs right through Python’s three tracks he presents here.

This doesn’t detract from the individuality that comes across on the record by any stretch. “Tranquila” instantly stands out as it stumbles to life on a crooked beat, and there’s an interesting alternating emphasis on the subby kick drum, but the dominating feature is surely that slowly undulating melodic tone oscillating in the background. The percussion continues to build as the track progresses, taking on a ramshackle, hand-played quality that should find favour with all lovers of traditional drums atop 4/4 beats. In amongst these loping hits there’s a fine thread of globular synth trickles, sounding somewhat modular in nature (although this can’t be confirmed), providing a rich and detailed foreground to offset that woozy drone out back.

Being a long form, 11-minute beast, there’s space for Python to edge different elements in and out over time, particularly reveling in a buildup of delay feedback before kicking the groove back in. However, it does feel as though the last few minutes are an unnecessary inclusion, drifting listlessly in and out of action without bringing anything especially new to the table. Given that the pad is such a pleasant one though, it’s hardly an upsetting experience.

“Ciudado” too hunkers down into a tribal rumble of sorts, although here the beat is noticeably submerged while the melodics too come through in a subtler form. There’s a heads-down, tool-like quality to this track that feels perfectly pitched for that long stretch of the morning in a place where the party lasts until the next night. The toughness of the drums feels pitched for a balance between impact and delicacy, leaving space for some jammed out tweaking of certain elements in a laconic fashion that suits the overall mood of the EP. There is a peak of snapping claps that creeps in towards the end as a welcome energy boost, but it’s understated rather than obvious.

In many ways “Sunset Drive” sports the most of this suggested reggaeton influence with its crafty beat, but it’s still framed within an after-hours techno fug. The offbeat groove is a welcome one, and it certainly contributes to making ¡Estereo Bomba! notable rather than forgettable. After all heavy-lidded atmospheric techno is hardly in short supply, but here as elsewhere on the EP a distinct personality comes through. Different producers have different ideas about how to make their music unique – some you could argue don’t even bother trying – and full credit to DJ Python for finding his own gully in which to slither.