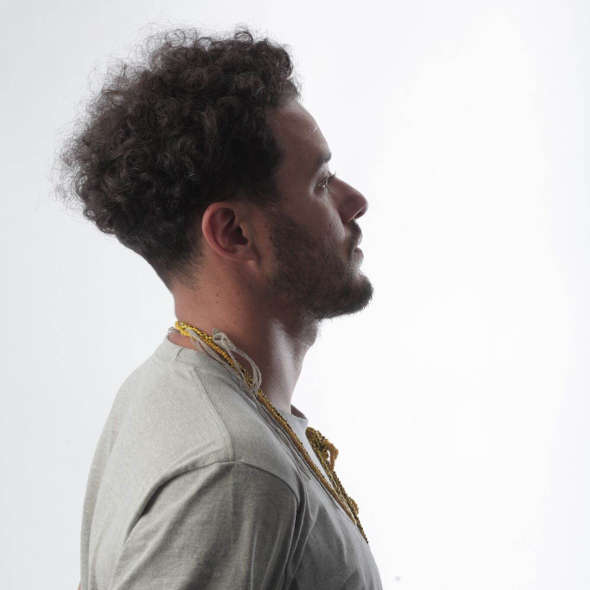 The Peckham-based musician returns to the label for a self-titled long player due in October.

It was roughly a year ago that the grandly-named Reginald Omas Mamode IV strayed far beyond his London surrounds to release a mini-album through the Amsterdam label Intimate Friends operated by Marcel Vogel. Summed up as a “kind of pared-back mixtape,” in a subsequent review by Matt Anniss, All Together slotted in nicely among the growing patchwork of hip hop, soul and beat down Reginald Omas Mamode IV shares with his Deenmamode brethren, Jeen Bassa and Mo Kolours. The majority of Reginald Omas Mamode IV material has surfaced on Jack Nicholson-referencing label Five Easy Pieces, with local Peckham stronghold 22a also scoring a 12″ from the Deenmamode brother; Reg Omas Mamode IV also contributed a standout track to Soul Jazz’s fine Sounds Of The Universe (Art + Sound) compilation last year.

October will see Reginald Omas Mamode IV return to the Five Easy Pieces fold with his eponymously-titled debut album. Across the 15 tracks, the South London artist is said to touch on themes that go from the personal, “such as relationship or communication breakdown”, to more universal matters as portrayed in the anti-war theme of “The Value.” You can stream the blunted free jazz of “Omas Sextet (Time, Rhythm and Change)” below for an idea of what to expect from the upcoming album, whilst the artist is quoted as stating the following in a press release:

“Nowadays music seems to be used more as a crutch for humanity.. Most people seem to have forgotten it’s a life blood of our species. The natural rhythms of our hearts beating and the melodic instrument ‘the voice’ gifted to us at birth, are some physical examples of how inherent music is within our being. We all need this thing we call music. Just as all our ancestors did.”