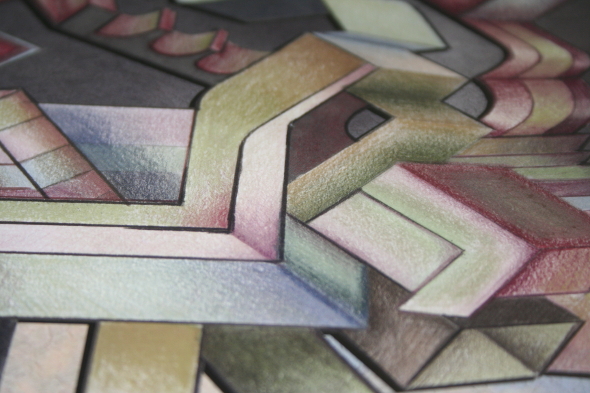 The Orb, Higher Intelligence Agency and Mixmaster Morris are usually reeled off whenever the phrase ‘90s ambient techno’ enters a conversation. This is as it should be as those artists contributed greatly to the emergence of that sound. However, one name that should always be part of that grouping is Luke Slater. It is hard to comprehend that around the time that he was releasing the white-knuckle intensity of records like X-Tront Volume 2 or In From the Night, the UK producer was also making wonderfully introspective electronic music as The 7th Plain.

Slater had no problem highlighting this paradox on X-Tront, which came with an ambient 12 inch, but did so more eloquently over the course of two brilliant albums, My Wise Yellow Rug and The 4 Cornered Room. Slater recorded further material as The 7th Plain under the title Playing with Fools, but it was never released. Slater’s work as The 7th Plain forms the focus of this debut release on Ostgut Ton’s new A-Ton sub-label dedicated to ambient, archive and alternative music. Chronicles 1 features material from those first two albums plus unreleased material. “Boundaries”, from My Wise Yellow Rug, features a slow-motion disco groove and spacey, shiny synths, while the label has also commissioned the mysterious melodies and downtempo groove of “Surface Bound” and the wonderful stargazing soundtrack of “Grace” from The 4 Cornered Room.

So what does the unreleased material sound like? There’s a downtempo, stoner take on Ken Ishii’s “Extra”. Slater had previously remixed into a steely, robotic track and this version sounds like it would have fit nicely into Mo’ Wax’s catalogue. In the same bracket is “Slip 7 Sideways”, a mushy, beatsy affair that lurches lazily through a fog of effects and vocal samples. Both are in stark contrast to the ghostly chimes and plaintive keys of “The Super 8” and the mellow beauty of “Chords Are Dirty”, where The 7th Plain reverts to its dreamy form.

It’s only on “T Funk States” that Slater veers onto the dance floor, but this is affected with considerable style and eloquence as a warbling acid line and mysterious hooks unfold over staccato drums. Apparently this may be the first of several releases of The 7th Plain material on A-Ton, hopefully providing an alternate view of one of techno’s most-gifted artists.