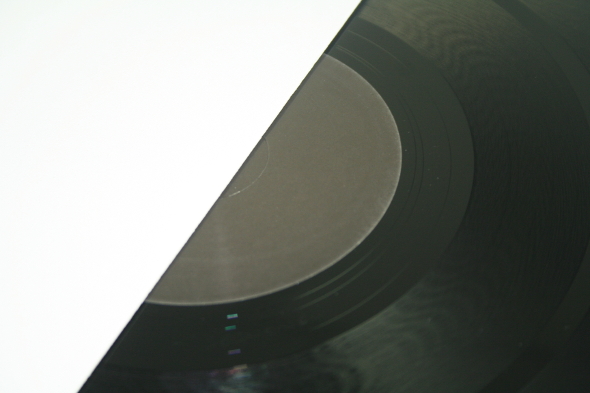 The word ‘acid’ is etched into the run-out grooves on the B-side of the fifth release on Tabernacle sub-label Ride the Gyroscope. It’s feasible that it appears there at the behest of Boneless One, the Finnish artist who kick-started the label with two EPs and whose third release now follows two fine records from EDMX. ‘Acid’ is a neat, one-word summation of Boneless One’s catalogue to date; check his sparse pre-Gyroscope catalogue and there is a talk of minds being blown and accompanying titles with psychedelic undercurrents (anyone for some “Lucieeed Dream Embodiment”?). 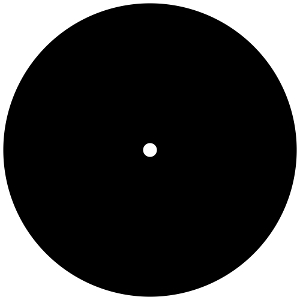 Yet despite living and releasing in accordance with this seemingly homogeneous world view, the fifth Gyroscope record is surprisingly wide in range. “Alpha Orientation 2” is a shuffling, lo-fi workout with hints of industrial dread and the kind of pounding, noise-soaked kick drum that one might expect to hear on a Beau Wanzer or Tzusing record. On the same side, there’s “Chromesthesia”.

Here the sounds are crisp and economical, the spaces wide and the sounds atmospheric as the producer channels the movements of new Detroiters like Patrice Scott and Keith Worthy. It’s a flawless piece of breathless deep house verging on techno. On the flip, Boneless One finally lets rip with his trusty 303. It spews like rivers of molten lava over the old school house chords and rough drums of “Hibernation Error”, causing what was a potentially evocative track to morph into a thing of ferocity.

There is no such ambivalence on “RZ Clap Trak”; a primal, jacking affair with rolling snares and acid lines that shriek and wail like a bag of tortured cats, it is the most intense track here – but the only one to adhere to the doctrine that has so far defined Boneless One. Based on this release, maybe it’s time that he wrote a new manifesto.

A1. Hibernation Error
A2. RZ Clap Trak
B1. Chromesthesia
B2. Alpha Orientation