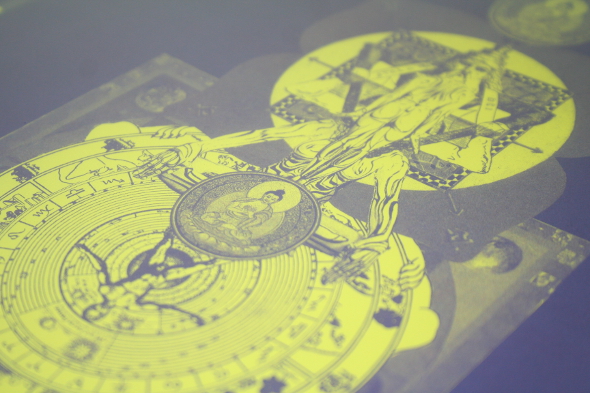 This is US producer Bill Converse’s second release on Dark Entries and follows the impressive Mediations / Industry debut from earlier this year. Like a summer storm gathering over the sea or the sound of chirping crickets at sunset, Converse’s music is by turns vivid, breathtaking and pregnant with an alluring air of expectation. 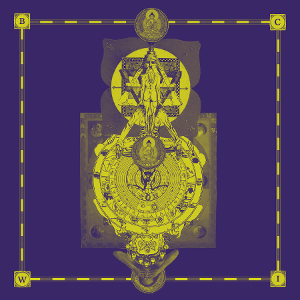 There is an almost painterly quality to his music – the listener is subjected to a cacophony of morphing sound, tones, hues sounds and textures that fall off his palette at will it seems, before blurring into a series of hypnotic sequences. On Warehouse Invocation, it’s the title track that is the most overtly colourful.

From its jittery rhythmic intro, Converse drags his audience through riotous scene after scene, from gnarly acid into serene melodies, through heavy percussive accompaniments and periods where the track quietens down before coming back resurgent, riding grungy 303s. It’s an intoxicating concoction and sits in stark contrast to the current linear doctrine that has served to emasculate techno music.

“Senys Magick” (sic) sees Converse make an approach from a different angle. The backing rhythm is relatively similar to the one on “Invocation”, but “Magick” replicates turmoil effectively, caught between the flailing snares and doubled up kicks that constitute the busy groove and a cloak of mysterious synths that has echoes of B12/early Autechre. Never keen to stay in one place for too long, it segues briefly into tracky techno before ending with the sound of high-pitched tones transmitting from on high in the Texan sky.

“Riverbank” is different again – for a brief moment it sounds like the tribalisms of late-’90s Deetron played at half-speed –  and revolves around muddy, dense beats and a Detroit-influenced sense of synth mystery. But as each Converse arrangement shows, such stages are transient and soon enough his distinctively warped acid hovers into view and drags the track into the kind of acid passage normally found on Bunker.

“Consulted Acid” closes the release with Converse’s 303 submerged beneath warped percussive lines and a ponderous kick, elements that entangle the acid tones and drag them ever-downwards. Techno rarely sounds this colourful or hallucinogenic.

A1. Warehouse Invocation
A2. Senys Magick
B1. Riverbank
B2. Consulted Acid