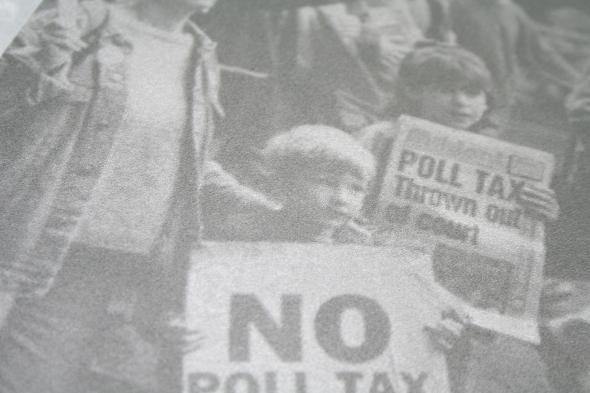 Joy Orbison producer Peter O’Grady is one of the UK dance scene’s biggest stars, with an impressive number of veritable club anthems under his belt. But what’s most surprising about his work, especially compared to other producers of ‘big’ tunes, is that he’s never locked into an identifiable sound. “Hyph Mngo”, “Sicko Cell”, “Ellipsis” and “BRTHDJTT” were all loved by dancers and critics alike, but barring their shared references to the UK dance tradition, they’re not that similar to one another. 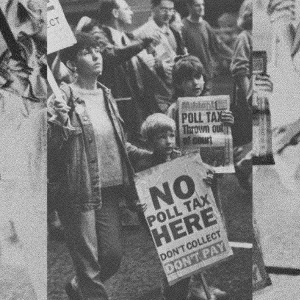 His more low-key work has proved equally difficult to pin down. While a steady stream of tough techno workouts was produced in his collaborations with Boddika, their latest, “TMTT”, was a cosmic slice of laid-back house. His most recent solo effort, a track on Gerd Janson’s excellent Music For Autobahns II, was jazzy, jittery, and like nothing he’d produced before. O’Grady works as a broken mirror, half reflecting the trends of the time, half gesturing at something that we can’t quite see. So far, this has been the key to his consistent excellence as a producer.

O’Grady is part of the Manchester collective meandyou, and it’s here his latest collaboration was hatched. CO/R sees him team up with fellow resident Herron, practitioner of deep, at times abstracted house, for an anxious, moody EP that defies easy classification. They find their home on Hinge Finger, the label O’Grady runs with The Trilogy Tapes founder Will Bankhead, who have released a steady mixture of club scorchers (Blawan, Barnt) and deeper trips (Madteo, Mix Mup), all united by their excellent quality.

Train spotters will have heard the name CO/R in Rinse and NTS mixes as far back as last year, and it’s easy to see the DJ appeal of these songs. Gudrun is a striking collection of tracks: gritty and alien, seeping anxiety and full of sudden left turns. “Bells, Walking” is a solid introduction to the sound, its skipping rhythm brimming with subtle details, underlined by a very UK bassline roll. Eerie synth work dapples the arrangement, lowlit and nervous, creating a resolutely unsettled mood. Title-track “Gudrun” reworks the style into a bone-dry dance cut, its twitchy beat pattern immaculately textured, adorned with half-sighs and a needling high-end melody.

The style of these tracks is warped all over, and the collaboration impresses most when it goes off-piste. “Agin Melt Faw” is a wayward sketch, all sharp breaths and crackling noise, its drums like rubber bullets in an echo chamber. The pair save their most explosive number for last. “Dripback” rises on a huge seasick synth wave before collapsing into a nauseous half-hop lope, frustrated vocal clips hanging awkwardly over the filtering rhythm.

Gudrun definitely sits in the stranger recesses of Hinge Finger’s catalogue, but it’s a rewarding listen that offers something which sounds genuinely new. Perhaps not coincidently, the creeping claustrophobia perfectly mirrors the current confused state of the country. Anxious music for anxious times.