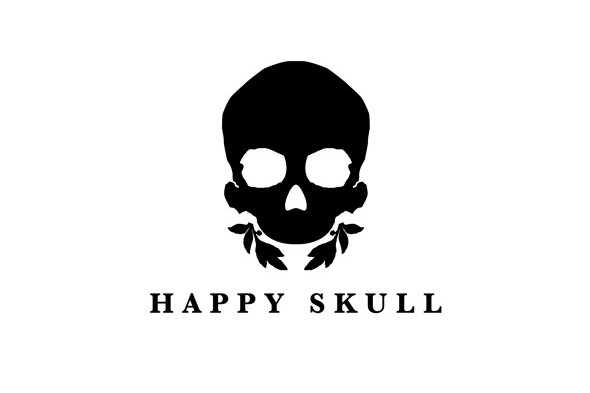 The emergent producer returns to the Happy Skull label operated by Bristol’s The Kelly Twins.

In 2013 it seemed like we were going to be hearing quite a bit from Adjowa. The somewhat mysterious artist from the UK delivered the second release on Bristol’s Happy Skull label. It wasn’t long before Don’t Be Afraid sublabel DBA Dubs joined in the action and issued the Science & Soul 10”, backed with a superb remix from Max D no less. That was three years ago, and since then there hasn’t been a great deal of activity from the promising, boogie-influenced producer. Last year you could spot Adjowa alongside Honesty, Moonstarr and Basic Soul Unit on Parages with the track “Orient”, but otherwise all has been quiet. Happy Skull meanwhile have been steadily expanding, with the Necessary Force / Nine Tomorrows 12” from October & Borai kicking off 2016, following the excellent outings from Creta Kano and Andreas Gehm (RIP) in 2015.

Marking the tenth release on the label, the Kelly Twins have called upon Adjowa to return to the fray with more of that warm, synth rich business. As the accompanying press release explains, all the tracks on the 12” were “recorded to tape in one take with no post-production and dubbed live on a crackly old desk”. Comprised of three tracks, the style veers from emotive disco flavours via strafing electro and on to low-down boogie squelch, making for a logical follow on from the sound Adjowa established on his first two releases. Get a feel for the cool and deadly grooves by way of the SoundCloud player embedded below. 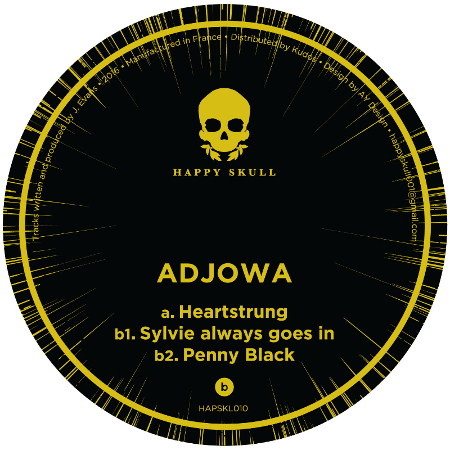 A1. Heartstrung
B1. Sylvie Always Goes In
B2. Penny Black