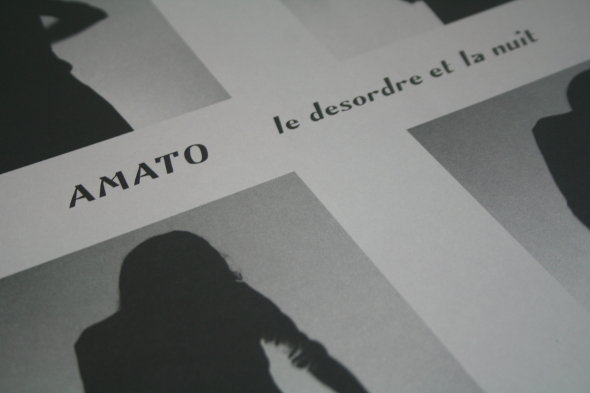 Some comebacks are ill-advised and cringe-worthy, whereas others are timely. The sight of Giorgio Moroder pretending to DJ or Nile Rodgers squeezing the life – and every last dollar – out of Chic’s back catalogue at most major music festivals over the past few years both make strong cases for some artists never to come out of retirement.

In Michel Amato’s case this record marks a return after a brief break, rather than a full-blown comeback. The French producer is best known for his work as The Hacker, and it was under this name that he briefly flirted with fame together with that other well-known Grenoble resident, Miss Kittin. The duo’s 2001 LP, 1st Album, was one of the more credible and lasting iterations during the electroclash period, a phenomenon that prided itself on disposability. In more recent years, the footprint of Amato’s contributions to electronic music have been more visible than before.

This is due to the emergence of EBM-fuelled techno from artists as diverse as Beau Wanzer and Cute Heels – whom Amato has remixed as The Hacker – and arguably, much of the material on Minimal Wave sub-label Cititrax owes a debt to his work. The label claims that the Amato project marks a departure for the French producer, but this writer would struggle to find it. Granted, “The Warehouse” and “The Labyrinth” both have more pronounced EBM rhythms than usual, but they also boast the kind of rave hoover stabs and tripppy acid that were audible on early releases from Amato as The Hacker like Mélodies En Sous-Sol.

Meanwhile, the production on the electro tracks “Deranged” and “Hey” are rougher and muddier than comparable Hacker tracks. In essence though, this four-tracker follows a similar trajectory to the path that this producer has been following since the late ’90s. Le Desordre et La Nuit is a wonderfully rugged refinement of Amato’s sound –  just don’t call it a comeback.