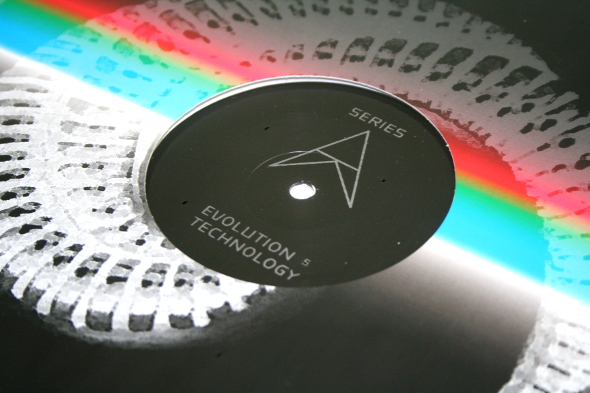 For their latest release, esteemed San Francisco label  Dark Entries has decided to change tack, turning to a period when Detroit’s electro sound was beginning to morph into what would later be christened techno. Even by the standards of a reissue scene obsessed with unearthing previously hidden or practically unknown gems, Evolution 5 Technology is deliciously obscure. Despite its Michigan roots, the record was originally destined to come out on California’s Satellite Records in 1987. In the end, only 50 promotional copies were ever pressed up; the label ran into financial difficulties soon after, and the 12” – the only one its creators ever made under the Series-A alias – has been all but lost ever since. 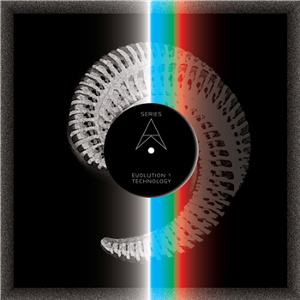 That Dark Entries has chosen to give the record an official release, all these years on, is particularly exciting for those with a keen interest in the evolution of electronic music from the Motor City. Under the DJ Maestro and Kid Fresh aliases, Sam Anderson and Dave Webb had previously released a handful of similarly little-known electro records as part of the Nu-Sound II crew, but these had strictly adhered to the blueprint laid out by the style’s New York pioneers, rather than the shimmering futurism of Detroit’s own Cybotron.

By the time they got together again at the Spectrum Sounds Studio in St. Clair Shores, Michigan, the local electronic music scene was rapidly changing. They’d become friends with former Cybotron member Juan Atkins, who by then was already beginning to twist his electro sound into dark, spacey new shapes. While he’d yet to settle on the straight-up four-to-the-floor sound that would later mark out Detroit techno, many of the sound’s formative stylistic ticks could be heard in his futurist electro records from the period, most notably the pitch-black machine funk of Model 500’s “Testing 1-2”, and thrilling “I’m Your Audio Tech” (credited to Audio Tech).

Anderson and Webb shared Atkins’ obsession with the potential of technology, and the sci-fi themes that would become a recurring feature of Motor City techno. Both of these come through loud and clear on “Evolution 5 Technology”, whose rap lyrics mused on the potential future evolution of humankind. It’s the music underpinning these musings on a robotic future that makes the track so alluring. Recorded with a stripped-back studio set-up (TR-909 drum machine, E-mu-Emulator III hybrid sampler/synthesizer, and a vocoder), its punchy beats, spacey synth sweeps and occasional intergalactic melody-lines still sound like the future all these years on.

The influence of Atkins’ darker take on electro is even more apparent on the heavier, more percussive Dub mix, where pitch-black synthesizer pulses wrap themselves around the duo’s slamming electro rhythms and layered vocal samples. There’s no doubt that Dark Entries has done a good job on the remaster; over a club sound system, “Evolution 5 Technology” is almost breathtakingly booming.

The record’s unlikely place in the evolution of Detroit techno is put into context by the accompanying remix from Ann Arbor synthesizer obsessive Tadd Mullinix, here operating under the JTC pseudonym. Wisely, he’s chosen to go for a four-to-the-floor rhythm – admittedly one that boasts all the swing and low-end grunt of electro – while smothering the track in the kind of intergalactic synth sounds, sweeping pads and far-sighted top lines that marked out the greatest early Motor City techno records. In the process, he’s delivered something utterly beguiling, and totally in keeping with the spirit of the track’s mid-80s Michigan roots.