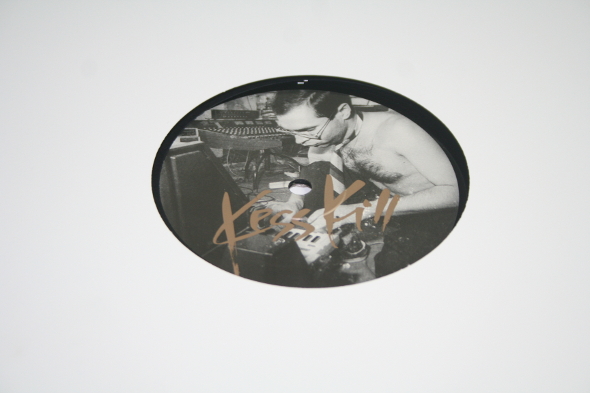 This is a wonderful record and it is hard to believe that it was produced 35 years ago. To put that into perspective, the music on this three-track EP predates techno, house and most electro and yet it still sounds fresh, alive and vital. Seffcheque comes from Austria and according to Kess Kill, Rivet’s label, he went on to enjoy widespread acclaim as a screen writer and movie director, including a stint as a writer on the hugely popular German crime series, Tatort. 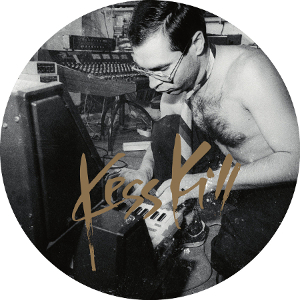 Interestingly, the label also makes the point that Seffcheque’s early musical experiments were probably a bit too out there for the time when they were conceived. Listening to “Du Und Ich”, it’s not hard to see that they have a point. The track is underscored by clanging drums, crisp claps and piston-hissing percussion but there’s also a swaggering, almost boogie-style groove, centred on a buzzing bass. As the track progresses, angelic, mysterious vocals insinuate themselves over Seffcheque’s relentless drums.

“Kassa Bubu” is most reflective of the period it was made. Dense, live drums and mumbled, muttered vocals exude an urgent funk shot through with doomy undercurrents. It sounds like 23 Skidoo colliding with Budgie from the Banshees and at just three minutes, it adheres to the DIY punk aesthetic.

Closing out the release is “Eine Nacht in Deutschland”. It revisits the kind of grungy, tonal bass that prevailed on “Du Und Ich”, albeit without the aid of a backing track. Instead, sped up pre-orgasmic moans conjure up an orgiastic landscape of Hieronymous Bosch-like proportions that ends with a self-satisfied pant. Kess Kill has done us all a massive favour in unearthing this music – it does mean though that you’ll never able to watch a German ‘Krimi’ series in the same way again.

A1. Du Und Ich
B1. Kassa-BuBu
B2. Eine Nacht In Deutschland