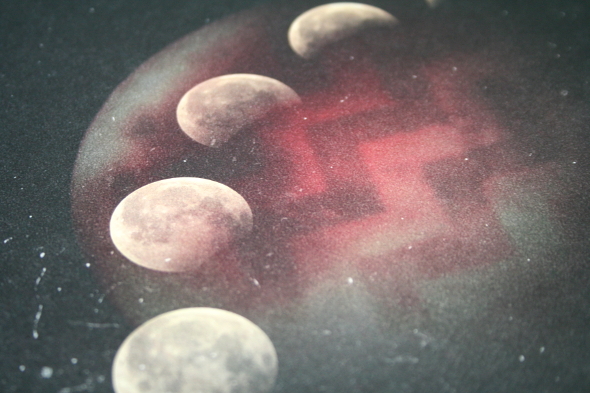 The opening track of Rhythmic Theory’s debut album, Circulation, could well soundtrack a spacecraft touching down on an uncharted planet in a sci-fi film. Hazy ambient textures resonate absorbingly throughout “Intro (to my imagination)” but with a touch of trepidation, and a distorted voice adds to the almost fraught sense of intrigue. It invites listeners into the world the elusive Bristol-based artist constructs over the course of Circulation, his longest and most fully-formed work yet. 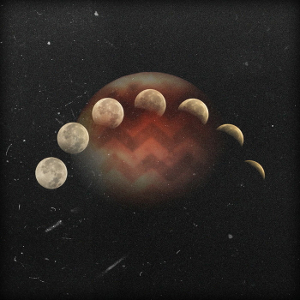 While quick-hitting EPs such as Siren Song on his own eponymous imprint showcased a propulsive approach to production, the greater time and space to work with that a full-length effort allows sees Rhythmic Theory on a broader and more nuanced tip. “Waldron’s Lament” has the feel of jazz played by a sulking ensemble or blues at its most sleazy, featuring foot-tapping percussive skips beneath clunking piano chords and a distant sax melody that borders on wistful and sultry. “Longevity” is underpinned by distant bass tremors that, despite being muted, carry a conspicuous weight like the sound of an underwater explosion occurring many leagues away. An array echoing textures above expand and fade as eerie strings weave through the murk hypnotically.

Following an “Interlude” of fizzing synths and swelling outer production, Rhythmic Theory pulls us down into new depths, reminding how electrifying his tracks can be by dropping straight into the dark, sub-bass powered “Creeper”. There’s still an ambient shimmering present, but it’s curtailed by an industrial foundation that stomps forward with ground-shaking might. It’s bold and apocalyptic, primed for late nights in bare-walled dance bunkers with warped techno stabs adding a rousing, intoxicating edge.

A rope is then dropped into this black hole by follow-up track, “A Work Of Fiction,” that reintroduces a lighter combination of flickering beeps, windswept background whirring and a ranging, airy melody. “End (Of Forever)” closes out the LP on an uplifting note with glittering background layers and a leisurely melody at the forefront that is subtly majestic in its nonchalance.

From Massive Attack through Peverelist to the current bubbling crop of young producers based in Bristol, there’s always been intense outside focus on the city and the pioneering figures within it. Circulation is an album befitting of a man who has chosen to eschew the spotlight and exert his influence from the shadows: it’s understated, intricate and quietly brilliant.