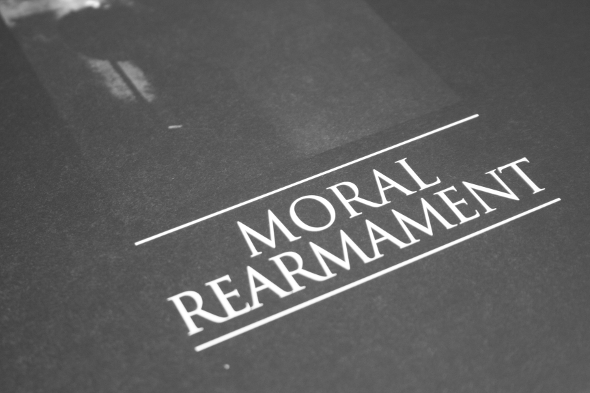 Zahgurim was a short-lived ‘80s band, established by Paul Ackerley and William Vince. Together they released just one album, Moral Rearmament, before the founders focused on other projects. Mannequin, the label of choice for anyone with even a passing interest in wave and industrial curiosities, has now decided to shine a light on this fleeting but fascinating project. The modern audience’s senses are so overloaded with ‘artists’ – and in this context that word is fully deserving of the quotation marks – pedalling their team’s marketing tactics on social media that we tend to forget just how shocking and outright seditious music can be. 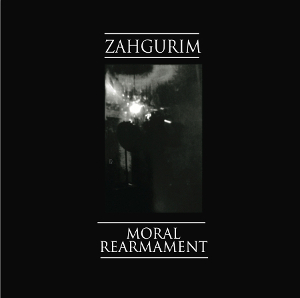 Indeed, it is unsurprising that Zahgurim were heavily influenced by the Temple of Psychik Youth and a similarly oppositional streak to the organisation established by the ‘wreckers of civilisation’ is audible on Moral Rearmament. On “Dropkick!” chains clank along a concrete floor and ghostly chants are audible amid the death paced drums, while a more disturbing spectre looms on “The People’s Temple”.

There, intense drums pound out an intense rhythm that provides a backdrop for tortured, anguished howls and a lone voice screeching “fuck me” repeatedly. The approach on “Panstwo” is less overt. It revolves around a cacophony of tones, noise and muttered vocals, but the underlying sensibility remains thanks to a sample that states repeatedly “we lost the patient”. “Dog Unit”, one of two tracks that did not feature on the original version also contains an alluringly bleak observation of society. Cymbals crash and an ass-quakingly heavy bass plays out as police dogs snarl aggressively.

Despite such intense moments, there are also occasions where Zahgurim escape their surroundings and look to the future. The original version of the album was released on Atonal, the label arm of the Berlin festival that Dimitri Hegemann organised before he founded Tresor. It’s no surprise then that “New Flesh” and “Shower Scene” resound to crisp 808 drum patterns and linear, dance floor rhythms. In particular, “New Flesh”, with its whale sounds and haunting vocal, predates much of what would appear later in hardcore, techno and house music. As a glimpse of the future, it’s far less frightening than the realities of ’80s society that Zahgurim grapple with elsewhere on this troubled but brilliant work.