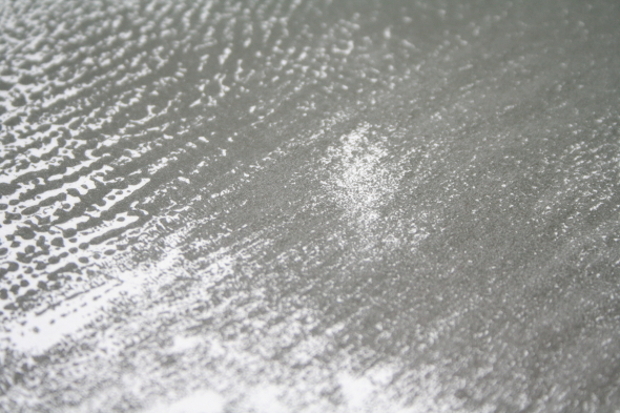 As the story goes, we have Raime to thank for giving Kiran Sande the inspiration he needed to launch his unrivalled Blackest Ever Black label. Look up the catalogue number BLACKEST001 and you’ll find the Raime EP which doubled as Tom Halstead and Joe Andrews’ debut record too. Two singles and a mixtape later in 2012, Raime lit up the world of BEB with Quarter Turns Over A Living Line, an album still hotly discussed today. However, as one Juno Records staffer expressed this week, Tooth is the album they wanted Quarter Turns Over A Living Line to be. What does this mean? Well, in comparison you could say acoustic instrumentation in Tooth is given more freedom to play out than what it did in Raime’s debut, with tense atmosphere’s and plucked strings given breathing space from the industrial downcast and bowed despair of Quarter Turns Over A Living Line. There’s no denying, however, both albums will cellar well.
Listen/buy vinyl

With Beatrice Dillion and Karen Gwyer on board, no longer is Chloe Frieda’s Alien Jams a UFO. Taking faith in Edmund Davie’s Ommm project to launch the London-based, NTS touting platform with the Parallel Lines Converge LP, it’s been fledging artists such as Marreck and Design A Wave gravitating the Alien Jams axis – the latter delivering Rush Hour’s ‘No Label’ two 12”s post-Alien Jams debut. Karen Gwyer’s fuel-burning “Common Soundproofing Myths” runs for a solid 13-minutes and howls, hums and hisses with wailing synths, shlock horror chords and a gnarly acid section amid non-stop jackin’ drums. Beatric Dillion, on the other hand, turns in a thumpy drum track half the length of Gwyer’s contribution that’s been nicely dipped in a thick coating of resonators. It’s a track you could imagine making its way to a label like The Trilogy Tapes in that it sounds like a malfunctioning Analogue Cops production churned up by a phaser gone mad.
Listen/buy vinyl

Like a South American footballer subbed on in the 80th, we raise our eyes and cross our chest to Music From Memory for returning us Gigi Masin. The same year the Dutch label gave us the now-classic Talk To The Seas retrospective, Masin’s collaboration with fellow Italian duo Templehof took hold in the Hoshi LP. The Trio’s second album has arrived which pitches Templehof’s slower, cool jazz sensibilities with Masin perfect chord play (“Blue”) and breathy vocals (“Treasure” and “The Flying Man”). The combination strikes a sweet balance between Masin’s new age ambience and minimalism with Templehof’s poppier, song-based instrumentation and arrangements. It’s an album that’s both downbeat and relaxed, quite inoffensive, and as fruity as the artwork.
Listen/buy vinyl

Certainly one of the more interesting albums to come through Juno towers his week is Roman Hiele’s Ritmische Bezinning. Consisting of seven tracks, is a wild, buzzing bevvy of nonsensical sounds and arrangements made to fit no genre. Antwerp’s Ekster label are responsible for the release, Hiele’s third for the label since inaugurating it with his self-titled debut in 2013, which sounds like something that might find a home on fellow Belgian operations Bepotel or Vlek had its form been a little straighter. Collide the outlandish house sounds of Different Fountains with the skitter mash ups of Aphex Twin and that goes some distance to conveying what’s Hiele’s latest effort sounds like, with our highlight being album opener, “Gestures”.
Listen/buy vinyl

Sähkö Recordings’ “more or less house-orientated” offshoot Keys Of Life  has been kicking about since the late-‘90s, releasing music by the likes of Tin Man, Jori Hulkkonen and Skatebård. Keeping the Sex Tags connection alive, DJ Sotofett turns up on a split 12” with SEUD co-founder SVN. It swiftly follows Sotofett’s remixes of Gilb’r we featured in this column last week, with the illusive Norwegian turning 13 percussive minutes of warming, lo-fi deep house gold in a certifiably funkified “Current 82”. On the flip SVN keeps it minimal like he so often does, keeping in theme with his recent hook up with PST, with sluggish chords and regimented claps adding to a reduced groove further into the cut.
Listen/buy vinyl

Wolf Muller & Cass. – The Sound Of The Glades (International Feel)

Jan Schulte has certainly managed to establish himself as a purveyor of grooves and tones of a truly earthen, instinctive kind. His Wolf Muller originals and remixes have injected organic matter into dancefloors aplenty without seeming to adhere to too many typical dancefloor rules, but his concoctions have been predominantly funky affairs to date. Now the time has finally come to see him expand his vision over a longer release, and he’s done so with fellow voyage Cass. for another installment in the International Feel mini-LP series. Across five tracks the true breadth of both Muller and Cass.’s skills become apparent, drifting through a luxuriant haze of utterly smooth music that completely indulges the Balearic leanings of the label it appears on. From ambient bliss to cool-headed fretless bass, with plenty of trademark tribal percussion woven into the mix, this is an absolute delight of an album to sink yourself into.
Listen/buy vinyl

The breakout Serbian pensioner with a penchant for drones is back, except this time Abul Mogard is looking back over his relatively new but considerable career to pick out some gems previously only available on tape. From items culled from his initial releases on VCO to more recent outings on his new regular haunt Ecstatic, there is a range presented even within the relatively focused style that Mogard projects. Big bad drones are of course the order of the day, but there are submerged rhythms to be found pulsing away in “Tumbling Relentless Heaps” and “Drooping Off” clangs like unforgiving machinery. The main order of the day here is the powerful slabs of distorting synths that blanket the mix in a cloying yet powerfully emotional manner. If you’re up to speed with Mogard’s work then you know what to expect, and if not then this is a fine place to start.
Listen/buy vinyl

A man of many masks, there’s never a dull moment with Tadd Mullinix. His early forays into decimated hip hop as Dabrye gave way to gruesome acid as James T. Cotton, roughest jungle as part of Soundmurderer & SK-1, and so on to the more measured 4/4 of JTC and wave-inspired old-skool thrum of Charles Manier. Now Mullinix drops the masks and serves up one of his most avant-garde releases to date, amping up the sound design, ditching the rhythms and getting fresh with some immersive swerves of abstract tone that move in high definition stereo fields fit for a blockbuster. It’s far from an easy ride, and it’s hardly pleasurable to listen to, but it’s a powerful experience all the same, just as truly experimental music should be.
Listen/buy vinyl

In a meeting of minds that could only yield great things, Laraaji and Sun Araw came together for some live performances back in 2014, which are now finally seeing the light of day thanks to new Superior Viaduct offshoot W.25TH. Even if the music exists in a fairly experimental realm, it’s a thoroughly instantaneous, easy to love affair with its warm, organic undulations and soul stirring positivity. The first disc is given over to a show performed in Leipzig, and features luscious sweeps of Laraaji’s trademark zither before progressing into a vibrant tribal ripple peppered with playful flute, on-point bass and carefully poised keys in a rich, well-rounded ensemble of sound. The Lausanne performance on disc two, while markedly indvidual, follows a similar path of gentle lilting on the lead in before blossoming into a folky thrum laced with cosmic wonder. The whole recording is a treat for the ears, and manna for the mind.
Listen/buy vinyl 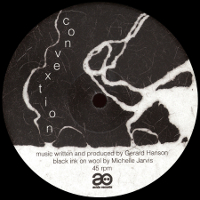 Would you believe it’s been nine years since Convextion last released music…? That said, in that period Gerard Hanson has remained active while keeping enigmatic as always via his E.R.P alias; labels like Frustrated Funk – and its offshoots Frantic Flowers and Harbour City Sorrow – to Semantica all revelling in the Texan’s singular style of dubbed-out, atmospheric electro. So it’s quite the coup for Dynamo Dreesen’s label Acido to shock a surprise through us all with the first sounds of Convextion in a decade. Furthermore, rare is it that names outside the Acido-SUED-Sex Tags constellation appear on Acido, however Healing Force Project, Karl Lukas Pettersson and Jean-Marc Foussat (via SVN & Dynamo Dreesen’s Departement D’Education Psychique one-off) have managed to achieve this so far. Acido 22, then, is a release, quite literally, that may not come around for another 10 years so immerse yourself in the cosmic synthdelica of a modern day legend that’s still kickin. Tip, one per customer, you get the idea.
Listen/buy vinyl