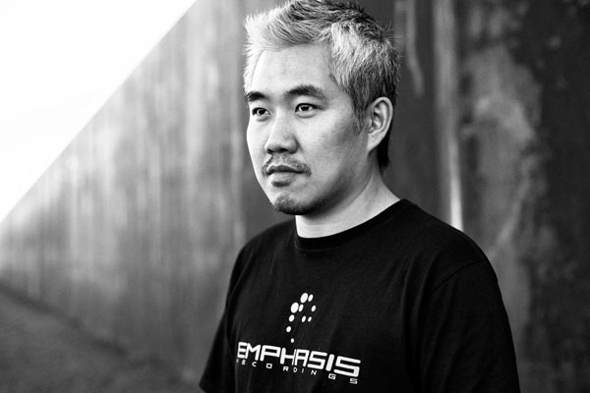 The Chicago artist resurfaces on his own Emphasis Recordings with a four-track EP.

Peruse the discography of Emphasis Recordings and you’ll find the only record brandished with Steven Tang’s given name was its first release, Windy City, from 1998. With his Tang and Obsolete Music Technology aliases making up the best part of the label’s catalogue over the past decade, it’s been both Charlton’s Tapirus project and Chicago Skyway that have helped broaden Emphasis’ recent output from predominately being solely an individual concern. In fact, it was Smallville who last coaxed straight up Steven Tang material from the Chicago producer with an album and EP release in 2013 and 2014 respectively, with his Obsolete Music Technology guise nudged to the front of what he’s doing.

So you could say the forthcoming Infinitesimal EP is the first Steven Tang record proper on Emphasis in almost 20 years. Interestingly, B-side cut “Verged”, which was originally released on Keith Worthy’s Aesthetic Audio in 2010, makes a come back thanks to an ‘Obsolete Mix’ which is apparently the result of well received Tang live sets as Obsolete Music Technology. Furthermore, the remaining three tracks keep with the label’s maxim of: “strictly focused on experimenting with the Chicago house and Detroit techno blueprints with the intention to update and expand these two extraordinary musical artforms.” Preview the entire EP in full below.

Emphasis Recordings will release Infinitesimal by Steven Tang on June 10. 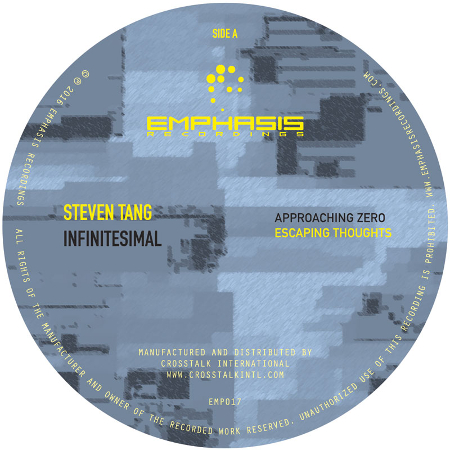 A1. Approaching Zero
A2. Escaping Thoughts
B1. Verged – Obsolete Mix
B2. Infinitesimal