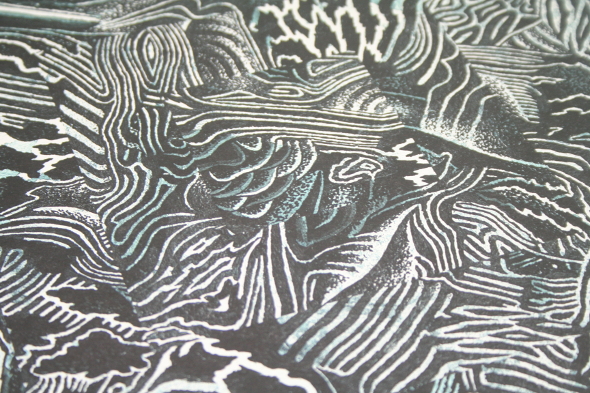 With their previous releases, Marionette have established themselves as a label concerned with rhythmic excursions that fall outside of the homogenised 4/4 tradition. That’s not to say that, for example, the second release from Laurine Frost didn’t have techno qualities, and indeed from a strictly theory based standpoint some of the music does still fall within the four beats, four bars mantra, but there are other forces at work in the label’s favoured style that place this music in a more interesting realm. With Deer and Maxim Wolzyn rounding out the roster to date, it’s safe to say that this new outfit is reaching to less familiar talents and they seem to have an impeccable ear for doing so. 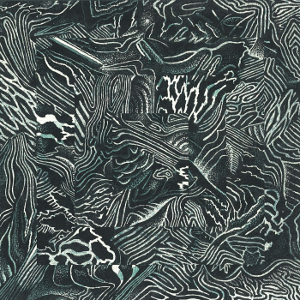 Kilchhofer comes under the spotlight with no previous to speak of, although there is a suggestion that this unknown artist may well have been responsible for visual design work on the Holger label in the past. After all there can’t be too many other Kilchhofer’s knocking about surely? Either way, here we’re treated to a mini LP of sorts, with seven tracks squeezed onto a 12” that arguably make for the strongest Marionette release to date. Much like artists such as Powder and the Blip Discs crew, there is an instant sense on Dersu that this is a producer drawing influence from traditional music from all over the world and distilling it into an exciting new language.

As “Lefu” unfurls its complex qualities, it’s very difficult to see where the organic ends and the electronic begins, from audacious bird calls to loose, hand-played percussion shot through with alien synth tones that subtly wobble and warble in the midst of the track. If Laurine Frost’s 12” still had something of a Western pulse about it, here there is no doubt that the time signature has jettisoned all geographical ties and moves to a different set of rules. It’s in this non-standard exploration that real excitement can be found these days, where the lack of rigid grid formation creates a fluid sensation in the ears that doesn’t concern itself with the start and end of a bar.

Throughout the EP the same rule applies, spoken through different tones. “Laar” plies a playful, delicate set of sounds more likely synthesised but no less natural-sounding, rich with the extra noisy harmonic details inherent in African instruments and used to such great effect on the first Albinos record on Antinote. Even if the low-end percussion seems to march with a twitchy urgency, the overall effect of the interloping melodic lines creates a swooning quality that cools those rapid thumps and allows them to dance on the tip of your eardrum without causing any upset.

The mood is even cooler on “Amba”, where a strange twist on lounge exotica unfolds with whispers of Angelo Badalamenti’s spookiness, Jan Jelinek’s warm glitchiness and Amon Tobin’s dynamic sound design at its core. EP closer “Klamm” too speaks a calming language, although here the focus is on long, pregnant drone notes accompanied by light sprinklings of sonic decoration that still manage to delight the mind at every drop of reverbed bell chime and lingering drum boom.

Predominantly though Kilchhofer is concerned with working driving percussive lines into snaking configurations that would sit comfortably in the exotic world that Don’t DJ inhabits. “Bittern” pivots on such hypnotic rhythmic trysts with glee, spiraling around a focused beat-down purpose without any of that kick-clap predictability. This is where the connection between ritual trance music of past centuries and contemporary electronics can be felt most clearly. In a climate ever more receptive to new ways of making us move, this is a welcome first entry from an artist with staggering sound design skills and an utterly exciting tilt to their groove.