A14 returns with Pessimist 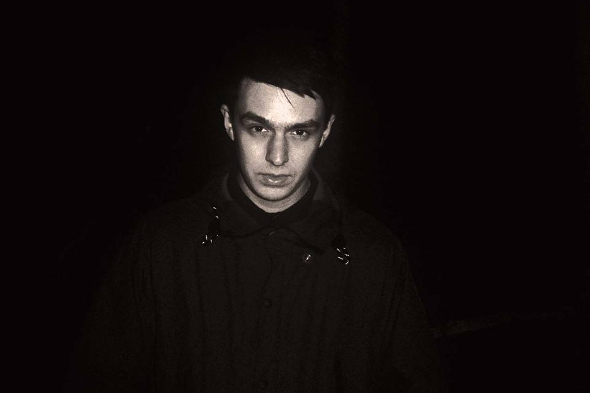 The stripped back styles of the Bristol producer are next on the Blackest Ever Black subsidiary.

Given the sheer diversity of music covered on Blackest Ever Black, it should come as no surprise that sub-label A14 has proved a more infrequent concern since it was launched back in late 2014. Inaugurated by the In Advance Of The Broken Arm 12″ from Parisian Tomas ‘December’ More, A14 emerged with a slightly tongue in cheek remit for “original street techno.” This has resulted in just the one subsequent A14 release, with Bristol’s “broken beat assassinator” Rhythmic Theory stepping up last November for Forgotten Realms/Spirits of Duality. News of a new A14 release finds another producer based in Bristol entering the fold in the shape of Pessimist, one-third of the Ruffhouse production unit and co-founder of the affiliated UVB-78 label.

Outside of his work in Ruffhouse, Pessimist (or Kristian Jabs to his friends and family) has a healthy clutch of solo releases exploring a modern, dark take on drum and bass for labels like Samurai Music and Ingredients. If you are a regular listener of the BEB show on Berlin Community Radio you’ll likely be familiar with the two tracks that feature on the upcoming Balaklava 12″ which the label states owns the “dark blue space where icy drum’n’bass minimalism and sub-aquatic dub-techno meet.” Previews of both tracks can be heard below for those who don’t find the time to hear Kiran Sande selecting on BCR.

A14 will release Balaklava by Pessimist on July 1. 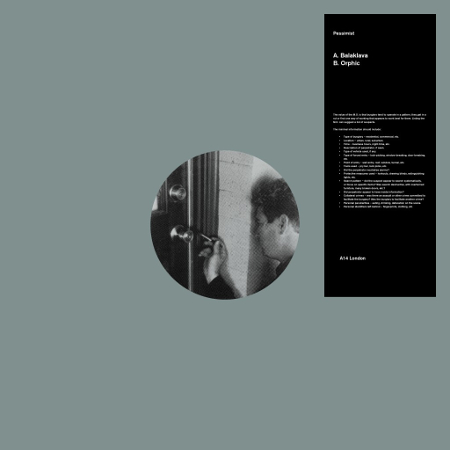 A1. Balaklava
B1. Orphic