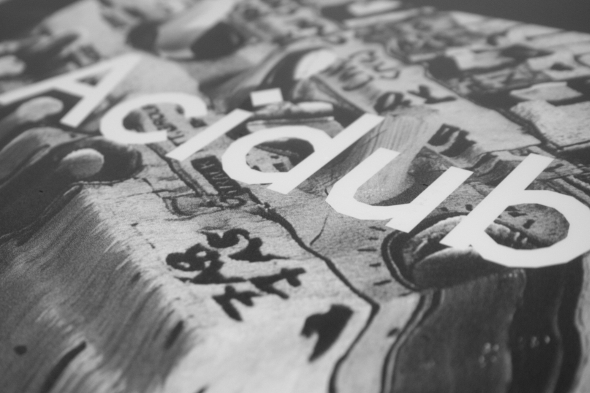 As the rush of rediscovered excitement around hardware practices settles to a steady hum, it feels like there is a growing acceptance that it really is OK to use any tools you like to make your music; it’s the content that counts. That won’t stop people having their preferred workflows and waxing lyrical about them, but at least now the analogue dogma can resign to the same redundant pocket of hype-driven chest-beating that laptop-jockeying digital evangelists adopted once DAWs and plug-ins could stand up to the capabilities of drum machines and synthesisers.

Andreas Tilliander is an artist that has spanned all the extremes of electronic music. His work as Mokira is a celebration of the teeth-grinding detail that digital processes can yield, while at the other end of the spectrum he can fire up a project such as TM404, announced with a series of releases on Kontra-Musik as the buzz around outboard gear was running at full tilt. The original TM404 album, and other such releases for Skudge and elsewhere, were a statement of studio minimalism that yielded great results but equally felt constrained by their own concept. The most exciting moments seemed to happen when the music edged away from recognisable acid tropes and expressed something more unique, but of course it’s understandable that equipment so widely used for such a long time could still manage to cede familiar results in many cases.

It feels immediately apparent that Tilliander has reached further on Acidub, even if the tools at his disposal are just as limited as before. Gone are many of the over-familiar 303 warbles, no doubt thanks to some canny processing and perhaps a desire to push harder against the self-imposed rules to make something more distinct.

Still though, this is a record that fits perfectly into both Tilliander’s back catalogue and the wider fog of Swedish techno. The melodic content comes billowing in like vast clouds of blue-green sulphuric gas and the drums pound away on stern courses that cut through the endless tundra. It may be a bit hackneyed to use such descriptions when describing electronic music from Scandinavia, but truthfully the relationship between landscape and sound, whether accurate or completely imagined, sits too comfortably for TM404 and any number of neighbouring artists.

What’s crucial here though is that this is far from some clinical exercise, nor another tired amble through blustery winter techno. There is true beauty elicited from this humble (not humble) selection of machines; just take a moment to absorb the opening swell of “Mutron Mantra” with its slowly swirling accents of melody and you’ll hear a wealth of emotion far removed from the primal thump of your average acid techno jam. In the time honoured practice of repetitive insistence, those lingering, unrelenting notes that interplay with each other create their own balladry with ample time to radiate their heart-rending message.

It’s worth noting that the faceless track titles of “303/303/303/606” et al have been usurped in favour of a wider vocabulary. This all ties in to the feeling that Tilliander wished to make a more human album, even if the approach was still an experiment in restraint. Whether that is the case or not, even the more straight-up moments seem to sparkle with personality that is more man than machine. “Treso” does see the odd acid line weave its way in, but it’s a spectral, processed turn that jostles with harmonious percussive touches in a fashion that pleases the ear rather than tiring it. After more than thirty years of acid, that’s a crucial point to reach in the creative process where a 303 or four is concerned.

Perhaps a big part of the appeal of Acidub is the heavy-bearing reverb and delay work that courses through its veins. Tilliander is hardly one to hide his intentions with the titles he chooses, but it’s difficult to escape the fact that these vast sweeping tails of decays lend a majesty of sorts to his work. It’s enough to render familiar sounds as new delights, even if that line of effects application is even older than acid itself. In the end, these creative decisions are but one piece of the puzzle.

Happenstance and the unpredictability of the human mind are what truly define the end result of the musical process, and in Tilliander’s case the results are wonderful. Here’s to making a more human record, no matter how mechanical the means of expression.