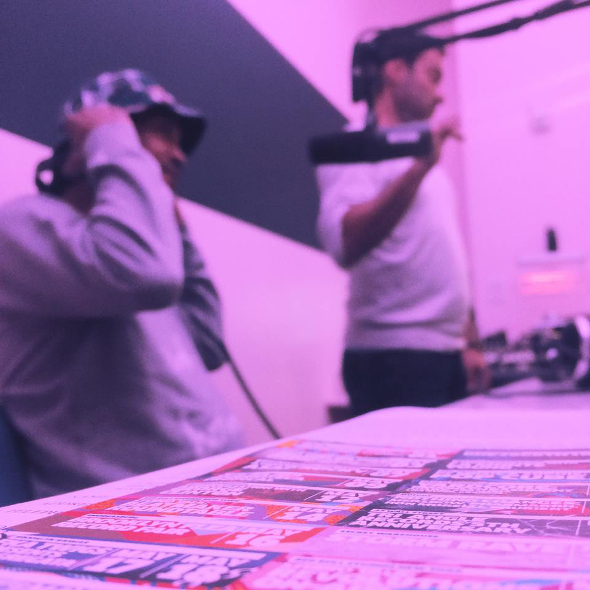 Wade into the watery visuals for the Jersey artist’s “You Ain’t Going Home With Me” cut from the forthcoming Dozens of Roses 12″.

Over the years we’ve had Irwin Barbé to thank for providing is with some fitting visual delights to match the music of Madteo, Workshop’s Even Tuell, Innerspace Halflife and labels like CLFT and Latency. Joey Anderson’s music, however, is a repeated subject of Barbé’s work, with the stalker video of “She’s Afraid” from a various artist EP (featuring DJ Qu and Nicuri) that his label Inimeg Recordings released in 2014 doing a good job of distracting us from our usual editorial line. A fresh Barbé video, who’s been credited as one of the choir to add vocals to the music of effeminate French synth pop duo Syracuse, helps break the news that Joey Anderson has a new three-track 12″ on the way.

Entitled Dozens of Roses, Anderson (pictured above in blurry bucket hat mode) has expressed to us over email the record will arrive on Inimeg, providing his label with a fifth release and first since the aforementioned Exchange Place Presents Alphabet Soup EP of 2014. The track below, “You ain’t going home with me”, features vocals from Ebony Ugo who appeared on Anderson’s essential Above The Cherry Moon 12″ and it’s a soulful dip into Anderson’s trippy house sound.