The Finnish producer has created a 50-minute soundtrack for the experimental film by Mika Taanila.

Beyond his personal work in the field of experimental sonics, Mika Vainio has also turned his hand to soundtracks in the past. The Finnish artist made his name in the ‘90s as part of the pioneering Sähkö collective, and most significantly as one half of Pan Sonic alongside Ilpo Väisänen. Earlier this year he and Väisänen scooped an award for their soundtrack work on Mika Taanila’s Return Of The Atom, a documentary about a troubled nuclear power plant, while previously the director’s 2002 short A Physical Ring received the Sähkö sonic treatment. Vainio is certainly prolific, with an expansive discography that recently included a collaborative album with Franck Vigroux on Cosmo Rhythmatic and one with Josephine Michel on Touch.

Vainio was approached to provide the soundtrack for Taanila’s latest project, Mannerlaatta (which translates as Tectonic Plate), and as Taanila explained to The Wire back in March, the music ended up informing the experimental process of making the film from an early stage. The film is described as, “a 74 minute lettrist film made entirely without a camera, and it’s about the fear of flying, security checks and crossing time zones.”

iDEAL have now announced that they will release Vainio’s six-track score for Mannerlaatta on a limited run of 500 CDs in August, with mastering duties from Dennis Blackman and cover design by Nullvoid. You can hear the closing track “Selittämättömästi/A Memory Returning Inexplicably” via the SoundCloud player below.

iDEAL Recordings will release Mannerlaatta by Mika Vainio in August. 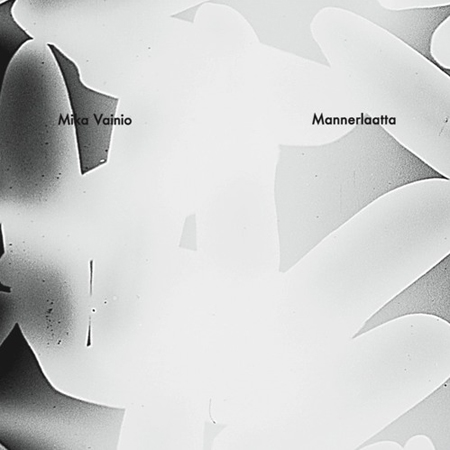