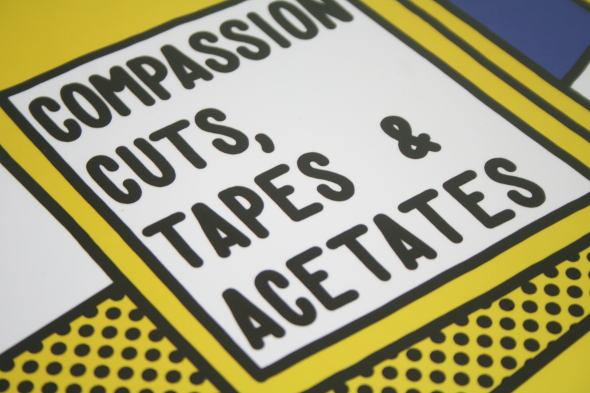 In an age when finding obscure music is easier than ever before, you have to admire those who go that extra mile to unearth hidden gems. In theory, anyone with an Internet connection, disposable income and enough time on their hands could discover long overlooked “buried treasure”, but very few then take the time and effort to track down the music’s creators in order to license and re-issue these forgotten releases. Congratulations, then, must go to Irish DJ, producer and record collector Compassion Crew, an artist whose previous releases for Running Back, Dolly and Horn Wax outlined an eccentric, atmospheric and left-of-centre approach to house and techno productions. 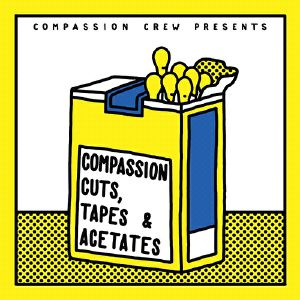 Some years back, the man of mystery decided he was going to put together a compilation of unfeasibly obscure and expensive gems. His friends at Irish imprint Major Problems agreed to release it, and so he set about tracking down the artists and labels behind the obscure cassettes, acetates, promos and private press records he wanted to include. According to the label’s sales notes, that process took him from “the American Midwest to Rome, Germany and beyond” in a bid to get sign-off. That he achieved it is a hugely impressive feat, even if it did take him years chasing loose ends and potential lost causes.

Of course, this would mean little if the music on Compassion Cuts, Tapes & Acetates was below par. Deep digging only gets you so far; it’s the quality of the music you unearth that counts. Happily, the Irish record collector has ticked that box and then some. What’s most enjoyable about Compassion Cuts, Tapes & Acetates isn’t the quality of the individual tracks included, but rather the effortless eclecticism on show. Compassion Crew has simply gathered together a bunch of great tunes he likes, thought deeply about sequencing, and presented them for our listening pleasure. It feels a bit like he’s handed us a homemade cassette compilation of his post-club listening faves, in the manner of music-obsessed teenagers in the 1980s and early ‘90s.

These juxtapositions are never jarring, despite the stylistic shifts, and allow Compassion Crew to squeeze in some genuinely brilliant musical moments. Many will already know the life-affirming, piano-driven bliss of Frak’s unnaturally cheery 1995 cut “Uttoz Gives A Song”, but less will be familiar with Plustwo’s baggy, electrofunk-influenced 1982 Italo-disco gem “Stop Fantasy” – or, for that matter, the tumbling Balearic jazz-funk of Swiss composer Olivier Rogg’s sublime 1988 album cut “Final”. The latter feels like it’s ripe for reissue on Music From Memory, though on this occasion, Compassion Crew got there first.