The Turin native maintains his annual release schedule for the Zenker Brothers’ label with the upcoming Consume IV.

The momentum that has been gathering around Ilian Tape for a few years now doesn’t look like it will slow down any time soon. November last year saw the arrival of the first solo IT release from co-founder Dario Zenker since 2014 and the high standards have been retained as the year has rolled on with the immense Skee Mask album complemented by the welcome surprise of Felix Djrum on the latest ITX 12″ alongside the unheralded Struktion. Next up for Ilian Tape is the return of Stenny, an Italian artist who has latterly become an integral figure in the constellation of producers surrounding Dario and Marco Zenker.

Indeed, Stenny has rolled up with one 12″ a year for Ilian Tape since his label debut alongside Andrea with Solstice Deity back in 2013. Fans of Stenny’s bouncy degraded manipulation of breakbeats will rejoice at the upcoming four-track 12″, Consume IV, which possesses perhaps his finest work to date. The usual four-word tracks description from Ilian Tape posits the 12″ as “Vehement Luscious Transcendental Bodychecks” and you can get a taste of how it sounds via closer “Westward” which is streaming below. Maintaining the familial feel of Ilian Tape, Dario and Marco’s mother is responsible for the oil painting artwork that adorns this latest 12″.

Ilian Tape will release Consume IV by Stenny on May 2, 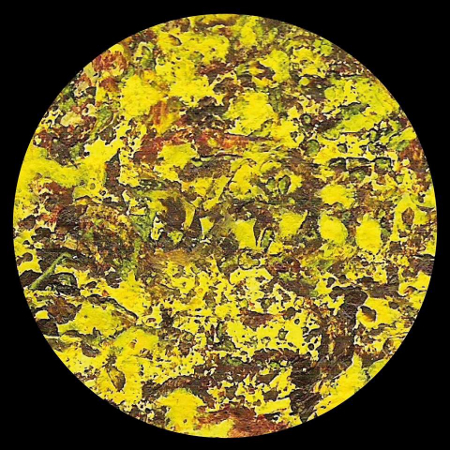 A1. Lights On
A2. Consumers Tool
B1. Scanner
B2. Westward