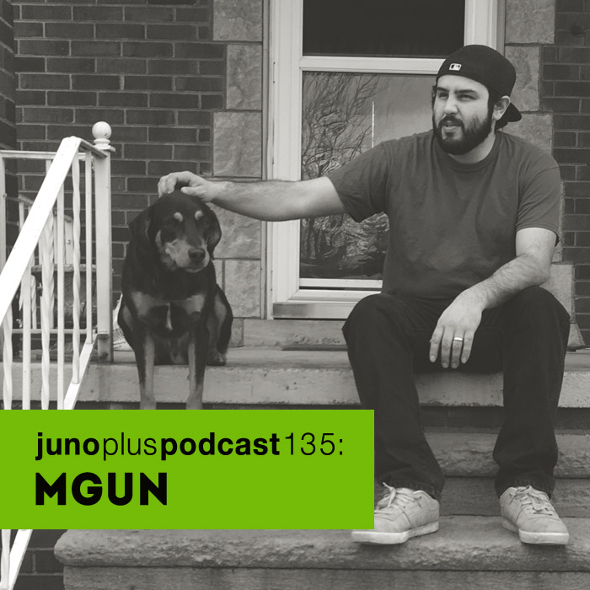 The Detroit producer heralds the arrival of his brilliant debut album, Gentium, with a two-hour mix dubbed Day & Night.

Every thing MGUN has put his name to since debuting with the Harmnear 12″ on Wild Oats back in 2012 has justified the feeling he’s the latest in a long line of distinguished artists helping to maintain Detroit’s rich heritage for house and techno. His involvement in music goes back much further however, including touring with the live Underground Resistance ensemble and recording with Kyle Hall as NSNT PRJCT. Indeed, Gonzales has been making and recording music for over a decade, dating back to his teenage years and some of these productions feature on his superb debut album, Gentium, due imminently on Semtek’s Don’t Be Afraid.

Gonzales has relesed on a number of labels since his emergence, The Trilogy Tapes, FIT, Berceuse Heroique among them, but it is Don’t Be Afraid that a real working relationship has blossomed. A trio of 12″ releases for the Bristol label predate Gentium, making Don’t Be Afraid the perfect home for Gonzales to explore his dark, itchy style of productions in the space afforded by the album format. We ran a feature on MGUN back in early 2013, but a lot has happened to Gonzales and we naturally jumped at the idea of running a mix from him.

The submitted mix lands just shy of two hours and comes dubbed as Day & Night, offering some insight into the lighter and darker corners of Manuel Gonzales’s record collection. The mix offers further confirmation of Gonzales as a fine DJ and he was also kind enough to answer some questions regarding Gentium, working with Don’t Be Afraid and his other music projects.

Hello Manuel, how are things?

Thanks for this mix, is there a specific reason that you called it Day & Night?

It’s actually called Day & Night simply because the first half of the mix have lighter more house influenced tracks and the second half has the darker tracks. Wanted to give people a taste of different sides of my style.

How and where was it recorded?

It was recorded at my home in Southwest Detroit, on a Tuesday night with my turntables and vinyl collection.

In general how do you feel about recording mixes in comparison to DJing live in clubs?

When I’m DJing in clubs, I definitely like to catch the crowds vibe and work it from there. When I’m recording a mix, I go based on how I’m feeling in the moment.

You’ve just played some dates in Amsterdam and London, how did they go?

They went absolutely fantastic. The crowds were great and I really enjoyed myself.

What did you think of Rezzett’s performance at the Dance Tunnel?

Rezzett is an incredibly talented duo. I thought their set had a dark edge and I like their lo-fi sound.

Your debut LP Gentium is about to land, have you been pleased with the response so far?

I have been pleased with the response Gentium has received so far. I believe people were wanting and waiting for me to release an LP.

What made you decide to work with Don’t Be Afraid for the album?

Semtek is one of the only people who truly shared and understood my vision. I have massive respect for him as a DJ and label boss so it was a no brainier to do the release with him.

As you state, some of the music on Gentium dates back to your earliest productions so I wondered if there were any specific memories tied to these tracks?

Some of the tracks on the album are 10 years old – a lot has happened in that time. It’s interesting to reflect back on where I was mentally at 18/19 years old. That was the age I started to really take my art seriously. I was taking a bus two hours each way to a factory job just so I could afford gear from pawn shops and flea markets. I had fashioned a pretty clean studio in a spare room at my father’s home and spent hours recording and playing records. I’ve progressed as a person in general so much over the past decade that album is a reflection of that progression.

The title comes from the font of the same name correct? What is the reason for that?

Gentium is a font of nations. Music has no language but speaks to everyone. I feel the album touches on many feelings intrinsically human and will take the listener to some interesting places. 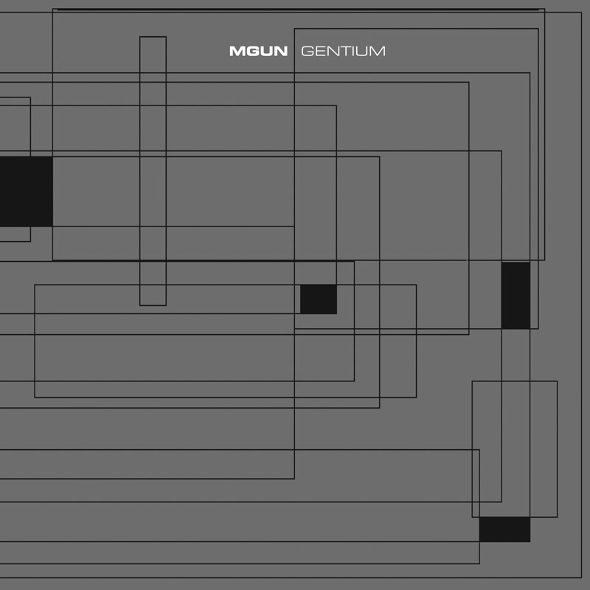 We understand you were responsible for the album artwork too, how does it relate to the title and the music within?

I made the music, why not make the album art too. I believe if you are capable of doing it yourself, you should. I wanted the final product to be an total expression of my aesthetic.

How much of your spare time is dedicated to making music?

Between time in my studio, DJing and working at a record store, I’d say pretty much all of my spare time, and my NOT spare time is dedicated to some way making music.

Would you say working at Peoples Records has had a particular influence in your output as MGUN?

I’ve been working at People’s Records off and on for the past 10 years. The amount of good music that comes through the store is prolific. It’s introduced me to a lot of great stuff.
The owner, Brad Hales, also shares my appreciation for Detroit music history and is extremely knowledgeable. And Detroit music will always have an influence on the MGUN sound.

From doing some research, it seems the Savant project that predated your output as MGUN mutated into Monzales Ganuel. What was the reason for that?

Monzales Ganuel came to be after someone else was also going by the name Savant too. I knew that the new name would be hard to copy.

Monzales Ganuel will for sure be released at some point.

No tracklisting was provided for this mix