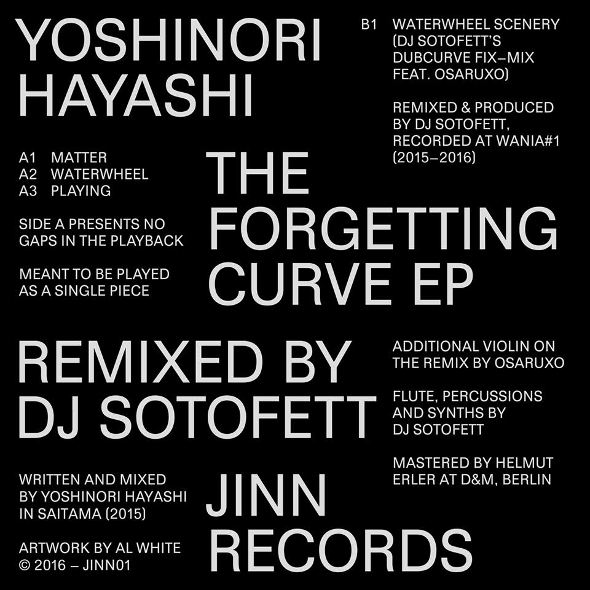 The label is a new endeavour from Giorgio Bacchin, known for his work as Raw M.T. on Lobster Theremin and Wicked Bass, although he was quick to point out to Juno Plus over email Jinn Records should be considered separate to his own music. “The reason why I decided to start this label is because I’m more confident with my tastes on music, than my ability on making tracks,” he revealed, and it’s hard to disagree with his sentiment regarding taste given the nature of the debut release.

Due in late May, The Forgetting Curve features a suite of three tracks from Hayashi designed to be played continuously and described as a “visually-evocative voyage through ambiguous collages of distorted broken-beat tropes and far-east soundscapes.” Complementing this, Jinn have sought out DJ Sotofett for a 12-minute Dubcurve Fix-Mix remix on the B-side which features some addiitonal violin from Osaruxo. Artwork for the release comes courtesy of 12th Isle man Al White, who has previously contributed to the Firecracker cause whilst Simone Spinazzè contributes design.

Jinn Records will release em The Forgetting Curve EP by Yoshinori Hayashi in late May. 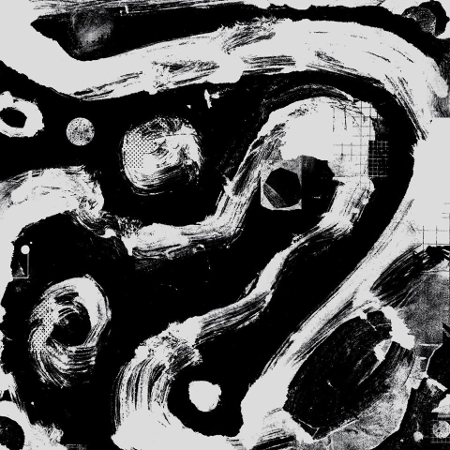