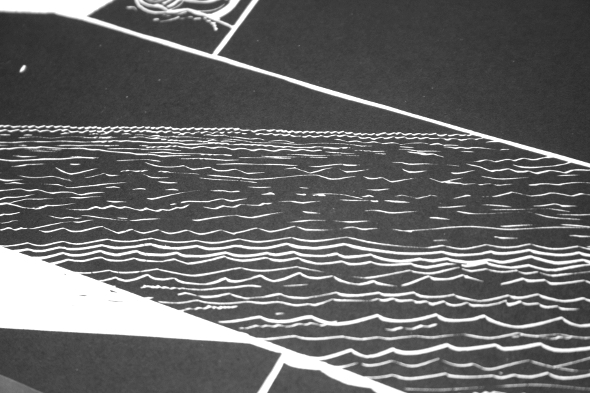 If the work of Brussels-based electronic mavericks Different Fountains has hitherto passed you by, you’re probably not alone. Since first surfacing with the Circles/No Fear No Doubt 7” back in 2012, Bernardo Risquez and Michael Langeder have ploughed their own furrow, seemingly oblivious to music industry norms or commercial pressures. Yet their slowly expanding discography contains some genuinely intriguing and quietly impressive music, all of which was self-released via their vinyl-only Different Fountains Editions label. 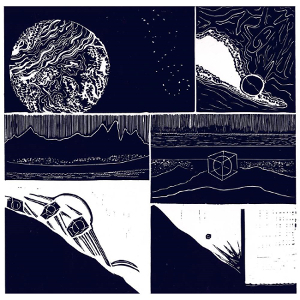 Their early explorations, most notably the split Deep Home/Jaw Bread 12”, saw them develop a style of atmospheric, out-there house music that owed as much to 1960s tape loop experiments and music concrete as early-‘90s ambient house and head-in-the-clouds electronica. 2014’s modernist Muybridge saw them moving further towards Detroit electro and concrete-clad techno, whilst retaining the clandestine sense of atmosphere that has tended to mark out their work.

Then there was 2015’s The Snake (Organism 1), which moved back towards house-influenced pastures while self-consciously standing apart from the genre’s stifling conventions. While it was their most obviously melodious release to date, The Snake still bristled with outsider intent, helped in no small part by clear dub influences, metallic electronics and that now familiar sense of atmospheric paranoia. For this follow-up, the fearlessly independent duo has shifted focus once more, moving away from simplistic beauty to something more abstract.

This is most evident on “Adam”, the record’s A-side and undoubted highlight. Stretching out groggily over thirteen spellbinding minutes, it’s not so much a single track as an experimental suite. At various points, it sounds like freestyle jazz fused with dystopian new age music, baked ambient house crossed with leftfield electronica, and the alien offspring of Chris Watson and Jahilya Fields. Throughout, the mix is peppered with unusual spoken word samples, trippy effects, and the far-off hypnotic pulse of a distant basement party. It’s strangely creepy – think of that moment when you think you’re been followed whilst wandering across an abandoned industrial estate, but you realise it’s just a fox skulking in the shadows – but also weirdly beautiful. With its subtle shifts and distinctive movements, it feels like the soundtrack to something, but it’s hard to put your finger on exactly what. Really, words don’t do it justice; just listen.

In comparison, flipside “Neve” feels a little flat. This is not to say that it’s not a fine piece of work, only that its more club-friendly structure and adherence to the functional rules of dance music make it less of an adventure. Of course, this is not bog standard house or techno; its loose-but-heavy rhythm sidesteps convention, the bassline throbs menacingly, and much of the track’s allure comes from the duo’s rhythmic use of cut-up snatches of spoken poetry. There’s an alluring intensity to the way it builds, too, with waves of electronics subtly increasing the pressure throughout. Heard in a club, it could be mind-blowing, but next to “Adam”, it fails to land a knockout blow.