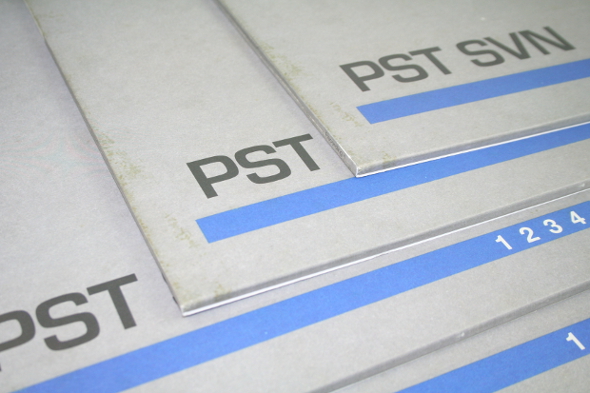 For one of the more interesting reads you’ll find on New York’s Gut Nose check out Tony Poland’s review of the Filthy City album the artist released in 2014. Before that however it was the Vicetopia 12″ which announced Gut Nose’s arrival on Styles Upon Styles, and now, following a silent 2015, Gut Nose returns to the label with new four-track missive called Escape The Matrix. The music is forever crunchy, steaming hot and lo-fi without sounding L.I.E.S.-era distorted or passé. The funky bassline warming the caustic beats of “Enjoy The Flesh” are a particular highlight of the music as is the enchanting, mechanical stomp of lead cut “Moon Lasers”.
Listen/buy vinyl

Beneath – Giv Sum (No Symbols)

Sheffield’s brightest light in the darkest corners, Beneath positively barged his way onto the scene with a flurry of releases for labels like Keysound, Tectonic, Niche N Bump and Pan. Since then the release rate has slowed up to give his records a bit of breathing room which is no bad thing, but it feels like a long time since the Shlocky double-pack single on Berceuse Heroique. It’s been a couple of years since anything surfaced on No Symbols too, and the bass-wielding upstart springs back to his own label with fierce, energised intent that maintains that steely, monochromatic demeanour he has made his name. “Giv Sum” wriggles with teeth-grinding tension, revolving around a dizzying vocal sample and rasping drum hits set at a wicked angle, and “Sprung” brings the blown out freakishness that draws a line straight back to the early days of dubstep.
Listen/buy vinyl 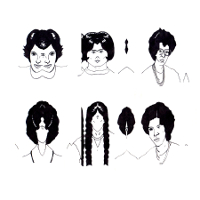 In that tricky spot where we like to lump all those rowdy producers who like a lot of bass, techno and the tradition of UK soundsystem-oriented music, there are a few labels doing a cracking job of grouping together the artists doing the best work in this amorphous but identifiable field. One would be Beneath’s label Mistry, and another is undoubtedly Wisdom Teeth. Four releases in and Facta and K-Lone’s venture is now playing host to three new producers and after sporting six different ones already. Alex Coulton, Chevel and Simo Cell should need no introduction, but their juxtaposition wonderfully demonstrates that some of the finest UK club music isn’t coming from the UK at all. Whatever the case, these tracks crackle with non-standard beats and ear-snagging hooks that make for positively forward-focused dance music.
Listen/buy vinyl

Bug out. DJ Fett Burger now joins the likes of DJ Sotofett, SVN and Club No-No in proving he knows how to make music that sounds like it comes from the jungle. Both tracks are variations of themselves with drums that heavily thrum and pulse, with the B-side’s psychedelic ‘Meme’ version sounding like a tripped-out take on the soundtrack to Peter Sellers’ spoof The Party. Huge amounts of tropical funk to be heard across both productions and its polyrhythm galore, with extra zaps of synths giving the music an extra zany touch. Seriously cool music.
Listen/buy vinyl 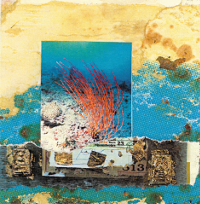 From the jungle of Fett Burger we now have the island sounds of Mike Cooper, and imaginary soundscapes is the name of the game at the moment for the experimental slide guitarist and field recordist. Following an album last year on Room40 and that marvellous reissue of White Shadows In The South Seas ‎by Sacred Summits, Mike Cooper pushes his wholly unique aesthetic of island ambience and drunken guitar sounds further into our ears with this five-track LP for obscure label Discrepant. Music that’s made for losing yourself in, New Kiribati is a world unto itself with “Bendigo To Kyoto” a personal Juno Plus favourite alongside the night time atmospheres and sullen bell tones of “An Aesthetic Of Bird Calls”.
Listen/buy vinyl 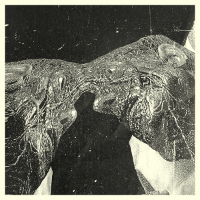 One of the best ambient productions you’ll hear this year is the lead cut on Secret Boyfriend’s Blackest Ever Black return; picture Camella Lobo’s Tropic Of Cancer vocals drench in reverb then sprayed with smooth white noise. There are some whimsical melodies in “Little Jammy Centre” perfect for taking in during those grey Sunday mornings, while other parts of the EP are very much hinged around frozen, industrial soundscapes and ambient coldwave. Memory Care Unit marks Ryan Martin’s return to Blackest Ever Black following BEB’s 2013 reissue of his This Is Always Where You’ve Lived LP which was originally released through his own label, Hot Releases, where you’ll find the majority of the North Carolina artist’s music.
Listen/buy vinyl

If you ask us, Porn Sword Tobacco and SVN are two of the coolest dudes making ‘house’ music right now and listening to this indulgent four-track double 12” is like getting a warm hug from both of them. The phrase ‘pretty minimal’ was said in our office after we ran the A-side cut through our chunky KRK-speaker system and it’s a pretty spot on description; don’t expect much of a change past the first bar, but at nine-minutes long that’s all good. The tracks seem to evolve into something larger as you make your way through the discs, with the B-side cut still ‘minimal’ but percussion is added and so are squiggly synth giggles and bizarre bird sounds of the pair’s fledging aesthetic. “Recording 3” will appeal to fans of early SVN and Dresvn records, while the final cut is one of the funkiest 4×4 loops you’ll hear this year. This record ain’t cheap, but for fans of the minimal, dubby and atmospheric sounds these guys are so capable of, it’s a must.
Listen/buy vinyl

Continually marching ahead with his head down focuse on further considerations in the field of dubstep, Commodo hasn’t put a foot wrong since he signed to Deep Medi Musik some five years ago. There has been plenty of material from him since on Hotline, Black Box and more, but here he moves over to Black Acre with a record laden with curve-ball moves to remind us just why he’s such a vital producer. Lead track “Set It Straight” steps forth with a serious purpose, carrying a devastating flow by Rocks Foe, his musical verbal acrobatics leaping over a densely-packed beat that calls to mind Wu-Tang in its slick ripping of Far Eastern melodic licks. On the B-side “Solid Gold Telephone” lets Commodo stretch out on his own, crafting a head-whipping downtempo groove out of drums flying so wildly on the edge of the groove it’s a miracle it feels as funky as it does.
Listen/buy vinyl 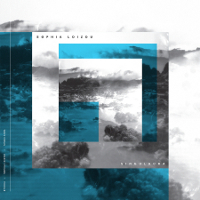 Having charmed many a keen-eared listener with her debut release Chrysalis on Astro:Dynamics, Bristol-based sonic explorer Sophia Loizou returns with a more expansive work for Kathexis. While she may not be the first to be appropriating rave tropes into a new experimental context, she certainly does it in her own way. The emphasis here is on tension and space, where icy textures linger in mid-air and spectral sample tones wrap themselves around the mix, but there’s no denying the joy in spotting some familiar slices in the mist. The most obvious treat of these is on “Glimpses Of Death”, which does a very wonderful thing with an evergreen jungle classic, refiguring the original into a strung out slice of ambient beauty to melt even the moodiest raver’s heart. Elsewhere you may be treated to slow-marching orchestrations or fuzzy washes of harmonious tone and splayed shards of a break, but it’s in the somnambulant effect of the whole record that the true majesty of the music is revealed.
Listen/buy vinyl

Having been relegated to the one-off side project pile for some five years, it was only earlier this year that Bordello A Parigi reactivated DJ Overdose’s Model Man alias with the Hidden Waves single. Now the Dutch electro hero is back with a new EP for the equally new Dalmata Daniel label, and it hits you with the full force of his learned ways in the art of machine funk. As well as the lurid thump of “Path To Wrath” and “That’s Right”s heated b-boy pressure, you can also enjoy S Olbricht turning in a remix of splattering stripped-down techno and a wondrously gothic turn by 12z, tasked with remixing “B(eh)anger”. You should know the deal with anything by DJ Overdose, simply slamming electro at its most naughty and funky.
Listen/buy vinyl