Shuffling new Hessle Audio, floating CFCF sounds and experimental Room40, while Vakula is back with four techno modulations, Oliver Ho hooks up with Danny Passarella, plus much more. 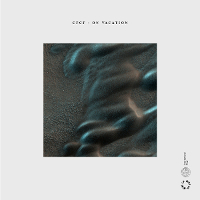 In the past six years Michael Silver has positively bombarded the market with his plush instrumental wares. The Montreal-based artist first rose to prominence on Paper Bag Records, but you could just as easily have stumbled across him on labels as respected as RVNG Intl., UNO and 1080p over his years of operation. Not content with releasing three albums to digest in 2015, he slides over to International Feel for an appropriately Balearic excursion into musicality of the smoothest kind. Compared to the synth-led, vocal refrains of 2013’s Outside, this is Silver in fully-fledged multi-instrumentalist mode. The fretless bass purrs, the augmented chords chime and the grooves slink out like a balmy island breeze, making this one of the quickest fixes for the winter blues you’re likely to stumble across this February.
Listen/buy vinyl It’s always momentous when Hessle Audio announce a new release, not least when their release rate has dropped to a quiet murmur. Equally they’ve made a habit of turning to lesser known artists to continue the amorphous identity of the label, helping ping the likes of Objekt and Bruce into the limelight in the past. Now comes the turn of Bristol-dwelling Ploy, who steps up to the plate with three surefooted cuts that sport the multifarious traits of the modern UK club zeitgeist that Hessle helped define. “Sala One Five” pivots on a nail-biting rise in tension that winds up in the kind of alien electro that you would expect any member of the Hessle organisation to tease a crowd with, while “Move Yourself” makes dubby bongo house sound like a futuristic proposition; no mean feat. There’s also space afforded to a more experimental addendum in “Helix”, which is a positively luxuriant finish to a strong new entry on an iconic label.
Listen/buy vinyl 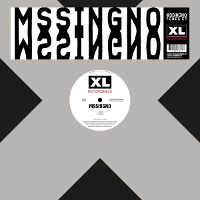 Considering his debut record landed in 2013 and nothing has been heard since, there’s a healthy buzz building up around MssingNo right now. Otherwise known as David John, the artist has been spotted on line-ups that include Evian Christ, SOPHIE and Faze Miyake, which should give some indication of where his distinctive sound fits in. Hitting the big time with a signing to XL, MssingNo’s sound screams mass appeal with its highly strung helium vocals, slamming low end and emotive melodies, but there’s plenty more going on under the hood as well. The synth design is positively bonkers, the beats crafty, the arrangements slick as hell. With all this poured through a pop-perfect filter, MssingNo has stepped up to the hype and delivered what will no doubt be a massive record.
Listen/buy vinyl 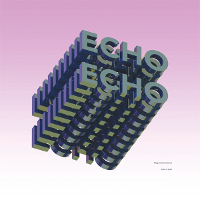 Appearances from Magnus Sheehan are far too rare, with but a small clutch of singles to his name in the past ten years. They’ve all surfaced on Full Pupp, the glittering jewel in Norway’s Scandolearic crown, and now Sheehan has finally delivered on the promise of those scattered 12”s and served up a full-length album to his regular haunt. The mood is warm, funky and playful like all good Full Pupp material should be, with a nod to that impeccable disco distillation that Metro Area made their own, but there’s still space for the odd out-there excursion as on the progtastic incidental “Echo To Echo”. In places the vibe nudges up to red-blooded house (check “Synths Of Jupiter” for some jovial swing) and there’s even a dash of peak time electro house thrown in the mix, but crucially it’s delivered with a level of panache that makes rather than breaks the record.
Listen/buy vinyl 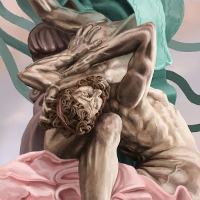 London beatsmith Chris Pell has been leaping from strength to strength since first emerging on Unknown To The Unknown a few years ago. With Glacial Sound, Oil Gang and Rinse all under his belt the grime leaning producer returned to Dre Skull’s ever on-point Mixpak label in November with Odyssey, a eight-track salvo of hyped up wares to get the new beats scene losing its collective wig. Fast forward a few months and Mixpak have pressed up the album on this hefty double pack vinyl and it still carries quite the punch. The melodies blast out in dazzling technicolour while the trap informed drums rattle those classic drum machine hits with urgency, drilling straight into the centre of your cerebellum with serious day glo intent. At times the energy gets bumped right up as on frenzied 2-step belter “Furnace”, and “Rift” makes a case in point for glossy, synthesised orchestral bombast, but in all its many shapes and sizes Odyssey never fails to hit the mark.
Listen/buy vinyl 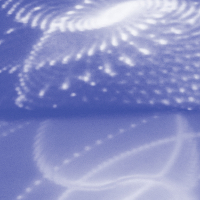 Output from Lawrence English’s label Room40 is – and always has been – as weird and wonderful as that of Editions Mego, so there’s always cause for excitement when a new name is plucked from the blue, or in this case, Australia. Ross Manning is part of a Brisbane band called Sky Needle who are said to only perform playing their home made instruments, so lets assume the same for his solo material. What to expect from this Interlacing album? Something like a cross between the buzzoid waveforms of Evol and outback field recordings of Lawrence English mixed with a bubbling sound-field of homespun modular synthesis.  Easy listening? Kind of.
Listen/buy vinyl 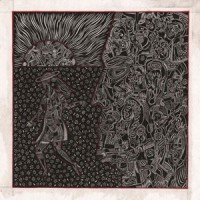 Following Vakula’s A Voyage To Arcturus and Dedicated To Jim Morrison albums we get the feeling the Ukrainian is back from his trek in the wilderness making beats many of us may find easy to understand. Yes that’s right, Vakula’s making techno for Russian label Arma, and as Juno Plus editor Tony Poland remarked over a cup of tea: it kinda sounds like Mike Parker. There’s a definite sub-aqueous, modulating motion to all four cyclical tracks here, with the B2 cut perhaps most recognisable as sounding like ‘Vakula’. The others however, are as tough and dubby, sketchy and frenetic as anything you’d imagine coming from the machines of Surgeon, James Ruskin and Marcel Dettmann.
Listen/buy vinyl 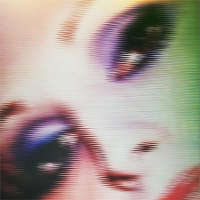 It’s rare these days for Oliver Ho put his own name on the music he makes following the launch of his other pursuits like Raudive, The Eyes In The Heat and his prevailing alias, Broken English Club (in fact it’s the first ‘Oliver Ho’ record since 2010). In light of these new endeavours a conceptual side to the Londoner’s music steeped in “queer synthesis of sexual liberty, glamour and art” has blossomed, careering Ho’s productions further from the loopy, Steve Bicknell-inspired techno he made in the late-‘90s. Here he teams up with Danny Passarella, aka Danny Broddle of Passarella Death Squad, to deliver a gender bending four-track EP with ambient productions as suspenseful as the soundtrack to Valhalla Rising with touches of industrial field recordings, slow drums and the slightest of horror thematics making for one unique EP.
Listen/buy vinyl 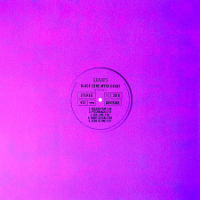 The Black Zone Myth Chant project is really starting to feel at home on Low Jack and Jean Carval’s Edition Gravats now. Last year the label released Black Zone Myth Chant’s Mane Thecel Phares, a highlight of 2015 described by Matt Anniss as “an album that impresses from the off, but arguably requires repeat listens to fully comprehend.” It’s proved Gravats’ stand out release following Low Jack’s label launching 7” and Zaltan’s motocross funk mixtape Quartier Choc. Black Zone Myth Chant’s undefinable music returns to the label with this synth-laden five-track Jimi W EP which will come as something of a relief to those wanting to own the music that featured in Low Jack’s CD mix of solely Black Zone Myth Chant material from last year. Expect blips and trips of new age trance, befuddled house music and new wavisms that sound like a sonic boom of Prins Thomas, Lorenzo Senni and Hieroglyphic Being.
Listen/buy vinyl 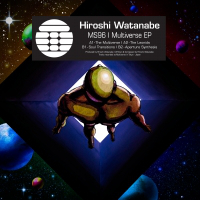 Just think, while a solid contingent of pioneering house and techno labels approach their 20th anniversary, Derrick May’s Transmat is still a decade in front. Transmat may not be as active as it once was, however it’s still, 30 years later, an active proponent is releasing archetypal Detroit techno. The last Transmat record, and arguably one of its greatest, to make a splash was DVS1’s Love Under Pressure 12” with the chimes of “Pressure” now timeless. Six years on from that release, Tokyo’s Hiroshi Watanabe delivers a four-track EP of sounds from so far into the future it could be 1995 – just look at that artwork. Inspired “Strings Of Life” motifs are what clearly make this record a winner, with B2 cut “Aperture Synthesis” the most obvious, while classical and uplifting Japanese twist to this aesthetic can also be heard on “The Leonids”. “The Multiverse” will prove a DJs favourite when in search of something euphoric, while “Soul Transitions” all about it’s synth-powered bassline. A record all DJs should use to close at least one set with this year.Listen/buy vinyl