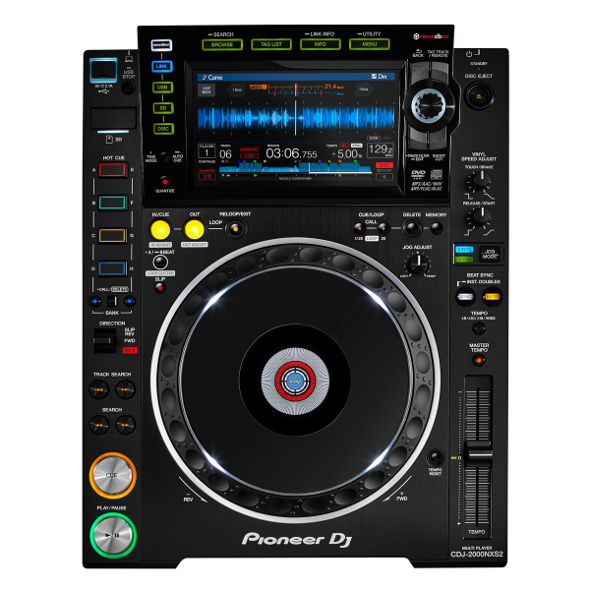 So why release a new media player when your current model has set the bar for quality while being streaks ahead of its nearest rivals? Do Pioneer value customer feedback and use it to improve their product? Maybe the company have itchy fingers and worry their spot as industry standard is threatened, or perhaps it’s just because it’s been a few years since Pioneer last had a new player on the market.

Marginally bigger than its predecessor, but noticeably heavier, the 2000NXS2 is quite the beast. The very first thing I noticed was the spacious 7” touch screen housing all of the search features you would expect including a QWERTY style keyboard for more comfort. The controls for navigating your music have also been upgraded and are reminiscent of the knobs and buttons on Pioneer’s own RMX1000 effects unit. They include a push encoder which is now flanked by four buttons that help you navigate and perform searches in a more efficient and timely manner, including a short cut button that helps you jump to key folders and functions.

In addition to the improved screen functions, the playback lever now includes the ability to reverse the direction of play whilst in slip mode (slip reverse) when the track plays forward underneath. In terms of tactile control, the hot cue buttons have been improved; the hardware now feels more in line with the flexibility of the rekordbox software that enables a large amount of cues, loops and active loops to be saved. Furthermore, we are now faced with two banks of four cues with a simple hold and delete control and a button each side for switching between banks, so flexibility previously only found in rekordbox software is now available on the hardware too. 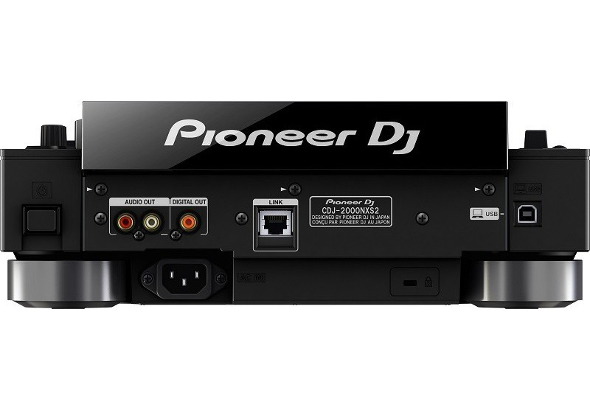 Less obvious, but equally important, are the changes Pioneer have made under the hood. MIDI control now supports the DDJ-SP1 which helps laptop DJs get to grips with Serato DJ via the Pro DJ Link. We’re also told that the power supply housing has been repositioned to help improve the noise to signal ratio. The 2000NXS2 also boasts a 96 kHz/24bit soundcard with a 32bit digital to analogue converter which is an improvement, at least on paper, to the 48 kHz/24bit soundcard on the previous model.

Whether anyone can actually hear the difference between 48 kHz and 96 kHz is up for debate, but perhaps more interesting and forward thinking is the inclusion and support of FLAC and ALAC files, lossless file types that are marginally larger in size than an mp3 but with the audio quality of a wav file. Support of this file type is an improvement because it means you will be able to fit more high quality audio onto a single USB memory device.

Festivals and clubs may be seeing less CDs used at their events, however should they still be your chosen medium the 2000NXS2 has you covered. The CDJ-2000NXS2 delivers plenty of small enhancements to its previous model yet it’s the less assuming changes like the addition of FLAC and ALAC support that DJs will find most rewarding, while the more adventurous jocks will enjoy the hot cue and reverse slip functions.
More info/buy