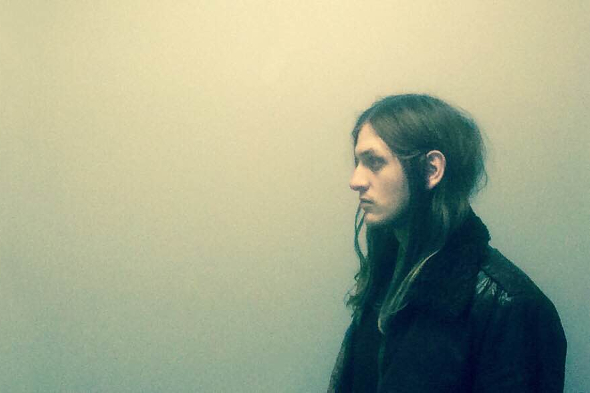 Preview the Pennsylvania newcomer’s debut tape, Language Of, due on the Berlin label next month.

Having played quite an integral role in the rise of Belgium-based French artist Maoupa Mazzocchetti, Unknown Precept remain steadfast in their efforts to uncover further unheralded names whose music aligns with their own interest in “grotesk techno.” The Berlin label are set to unleash the Divine Bovine sounds of Amsterdam’s Eindkrak next month, and following him is another lesser known basement dweller in the shape of IXVLF. Yet another artist named to confound search engine algorithms, IXVLF (pictured above) is a newcomer hailing from Bethlehem, Pennsylvania with the six-track Language Of his debut release. As the below previews suggest. IXVLF’s slightly deranged vocal delivery reminiscent of high-pitched US comedian Bobcat Goldthwait seems to set him apart as does the wholly unpredictable execution of the abrasive music. Consider us intrigued.