The Early Sounds-affiliated duo have been messing around with the legendary drummers beats.

Originating in Naples but now based in Berlin, the crew of artists orbiting around the Early Sounds Recordings label have started to amass a formidable body of work in the field of psychedelic, kosmische-powered, hand-played jams. Most notably, last year’s Solaria long player by The Mystic Jungle Tribe flew out with its cultish brew of freaky ‘70s and ‘80s inspired sounds. It’s certainly a world away from the work you would have associated with key protagonists Massimo Di Lena (formerly Massi DL) and Rio Padice back when they were focused on mid-‘00s minimal techno. The pair turned out two EPs for Dekmantel in 2014 under the MFO banner, but they certainly seem to have struck upon a fertile creative streak with the work orbiting around the Early Sounds label alongside co-conspirator Pellegrino S. Snichelotto. The Nu Guinea project has also appeared on Early Sounds, formed of Di Lena and fellow Italian ex-minimalist Lucio Aquilina.

Early Sounds have now teamed up with Comet Records to issue an album from Nu Guinea based around jams that derive their rhythmic power from the drumming of Tony Allen, snappily titled The Tony Allen Experiments. Allen is a regular fixture in the more experimental pastures adjacent to house and techno, what with his station as the sticksman in the Moritz Von Oswald Trio, although of course his legacy reaches back much further. The Tony Allen Experiments forms the third part in the Afrobeat Makers Series from Comet Records, and few can be as qualified to provide such beats as Allen after his tenure with Fela Kuti in the ’60s and ’70s.

It would appear that Di Lena ‘reconstructed’ Allen’s beats, while Aquilina laid on the plush layers of synthesisers, resulting in an album of true time-spanning fusion. Just take a listen to the preview audio below and hear the sonic broth for yourself. 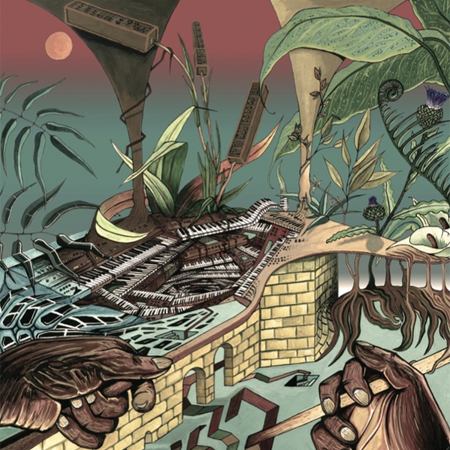