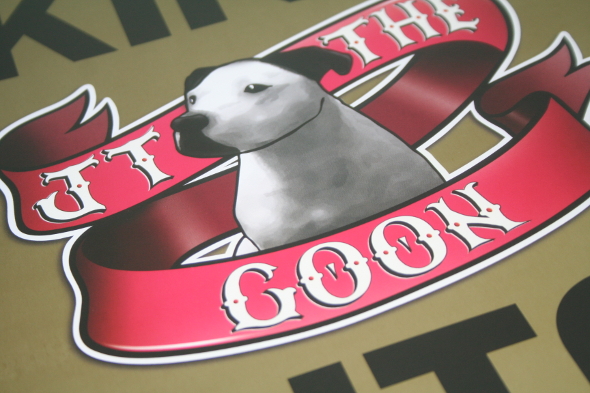 Instruments and machines are equally as important in creating music as the human beings that use them. The use (or misuse) of these tools by artists and musicians have helped shape the sound of multiple genres over the years. In grime, the Korg Triton and subsequent digital imitators have played an integral role in developing characteristic tropes like the synth bass that became Wiley’s trademark Eskibeat sound. JT The Goon’s debut album pays homage to this influential keyboard in more ways than the title. 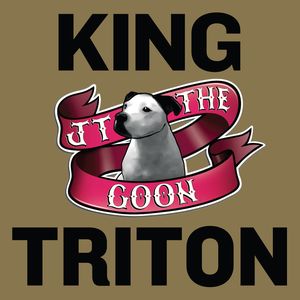 JT The Goon has been involved in grime from the off, producing instrumentals as a member of Slew Dem Crew; alongside fellow collective member Waifer, he made the influential “Gunman Riddim.” Having disappeared off the grid for a while, he reappeared in 2012 with the self-released solo EP Headshot, later catching the attention of Slackk and Oil Gang with 2013’s BassPower. This was around the time Boxed was taking shape alongside the profiles of fellow residents Mr. Mitch and Logos. In the vibrant community focused on the instrumental side of grime, tracks by JT The Goon found an audience thanks to their catchy melodies and vibrating basslines.

With King Triton, JT The Goon not only hails the keyboard’s royal position within grime in a titular sense; the album’s overall feel comes from the Korg Triton’s characteristic synth bass. It’s the core element of an album punctuated by gunshots, sharp claps, uncanny synthesizers and flutes. Together with flowing melodies they shape King Triton into a constantly moving and blooming entity. Tracks like “One Legged Warrior” derive their energy almost completely from these meandering melodies. It’s only in the closing seconds that a stomping half-time beat appears; yet the bass drum’s brief contribution reveals the full quality of the production in its absence.

It’s a witty way to accentuate that drums and percussion are never at the centre. They are elements used in modesty by JT The Goon, ensuring they feel even more effective whilst underlining the importance of the melodies and the weight of the synthy basslines. Nevertheless JT The Goon knows how to make beats, audible through the title track’s slow dubstep kicks, or the light and rapid electro grime hybrid “No Man’s Land” yo the minimalistic and sinister drum sounds in “Flight Mode”.

King Triton collects instrumentals which stripped down minimalism offers space for lyrics of spitting MCs but isn’t dependent on the presence of their voice. They can easily stand alone because JT The Goon focuses on few things and finds the perfect balance between the instrumental side of things and the possibility of joining forces with MCs. The lead, however, is played by catchy melodies and the mighty synth bass of King Triton.