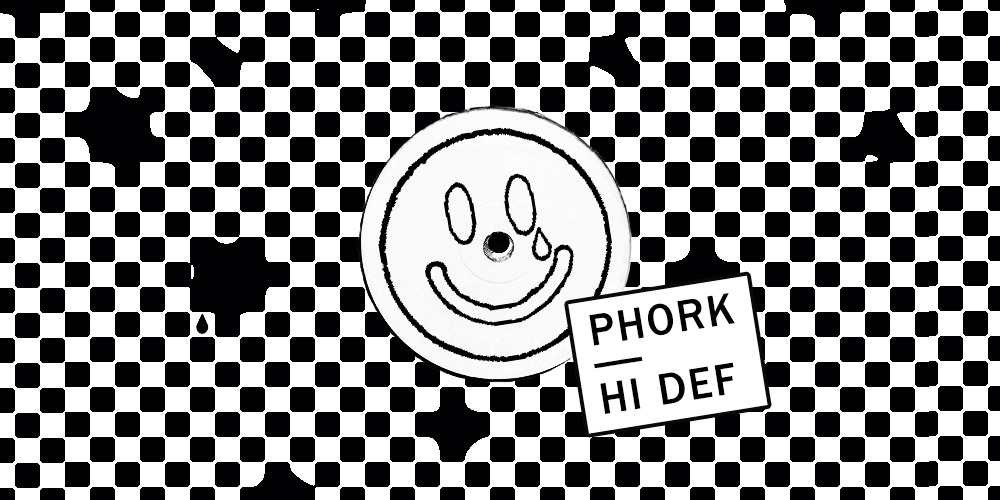 LA artist Neal Reinalda discusses his multiple, restless pursuits and the themes behind his work as Phork in an interview with Brendan Arnott.

Los Angeles on a Monday afternoon – a woman has jumped into the large lake in the middle of MacArthur Park, very clearly tripping on some kind of substance. Police have gathered, standing around the perimeter of the lake, staring at the figure in the centre of it. None of them want to get into the water.

The scene that Neal Reinalda describes to me over the phone is a snapshot of his daily life, an incident that unfolded on his walk home. Yet it also feels like it could be a scene from a David Lynch film- a glimpse of the madness bubbling below Los Angeles’ superficially beautiful sheen, and a good analogy for the pressure cooker of surreality that Reinalda inhabits.

Fortunately, Reinalda is no stranger to weirdness – in fact, he’s spent the last three years immersed in it, crafting affecting, abstract techno as Phork. The name sounds downright extra-terrestrial, but it’s actually an acronym for The People’s Higher Order of Royal Kinship. It’s a project that Reinalda has poured much blood, sweat and tears into, gaining a cult following beginning with 2012’s NNA Tapes release, Discrepancies, whose ambient arrangements thrum with a rumbling, organic energy. It was followed by the breakthrough sound experiments contained on the Opal Tapes released Privileged Life cassette, channelling Rrose’s more experimental moments, or an alternate reality where Ron Trent becomes agoraphobic and stops leaving the house. 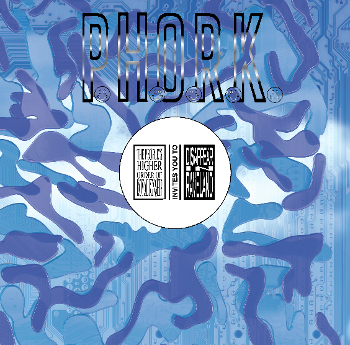 In addition to churning out nearly 10 releases in three years and balancing a day job working as an artist’s assistant, Reinalda is a man of multiple, restless pursuits. This quickly becomes clear as he recounts his previous weekend, which included throwing a food-based experiential project called Grand Opening with Baltimore-based collaborator Matt Papich aka Co La. “We throw dinners and parties, and they tend to be really informed by psychedelia and a lot of conceptual elements,” he explains. “At the party we threw on Friday, we served two dishes – one was a piece that looked exactly like a joint, plated on a beer can, but it was actually spinach rolled in phyllo dough. As a compliment to that, we served those little rolled up Doritos, I think they’re called Dinamitos, as a one hitter – you’d smoke the one hitter, blow the weed out, and then eat the Dorito.”

It quickly becomes clear that Reinalda is interested in immersive, absurd experiences, which stretch beyond dining and into the aptly named “Freak Easy” parties he throws in a Chinatown studio. “We built the space ourselves, so it’s designed in kinda the way I wish a club was,” Reinalda explains. “The main room is a small space – maybe a couple hundred square feet, but the sound system is separate from the DJs, who are playing in a loft space very close to the ceiling where you’re actually forced to sit down when you’re up there.”

The goal of the space is to restructure dancefloor experiences, presenting dance music without the public spectacle of the DJ accompanying it. “When you’re in the room dancing where the sound system is, there’s nowhere to focus your attention, and the normal show dynamic where everyone faces the DJ is gone. It throws other people off at first, when there’s nothing to look at.” The end result lends itself to an anonymity that allows DJs to play with a bit more openness. “If no one dances to it, it doesn’t matter, they’re not all staring at you,” he says, chuckling.

However, as much as Reinalda may like to stay in the shadows, a lot of eyes have been focused on Phork with the emergence of his latest record, Disappear in Raveland – a hazy, masterful recollection of his music from the past year. Both minimalist and heart-pounding in equal measure, Reinalda has made a vibrant series of sketches that boils down ballroom, techno and footwork music into their skeletal essence. The stammering repetition of a slow-mutating note has always been a trait that Phork has wielded with precision, but with this album’s inclusion of voices often reduced to pulsing single-syllable repetition, there’s something deeply entrancing and hypnotic about the way the album treats its ideas.

It sounds like Reinalda doesn’t turn his machines off until he’s wrung every drop of meaning from a chosen palette of sound. The album’s treatment of repetition almost borders on ritualistic, and so I inquire about what ritual means to Phork, and how it’s incorporated in the sounds he makes. “When I was thinking about what this record was about, I was tracing where my interest in dance music came from, because I didn’t grow up listening to it”, Reinalda says. “I arrived at dance music through minimalist music. Structurally, there’s a lot of similarities between long form techno and a lot of the minimalists.” 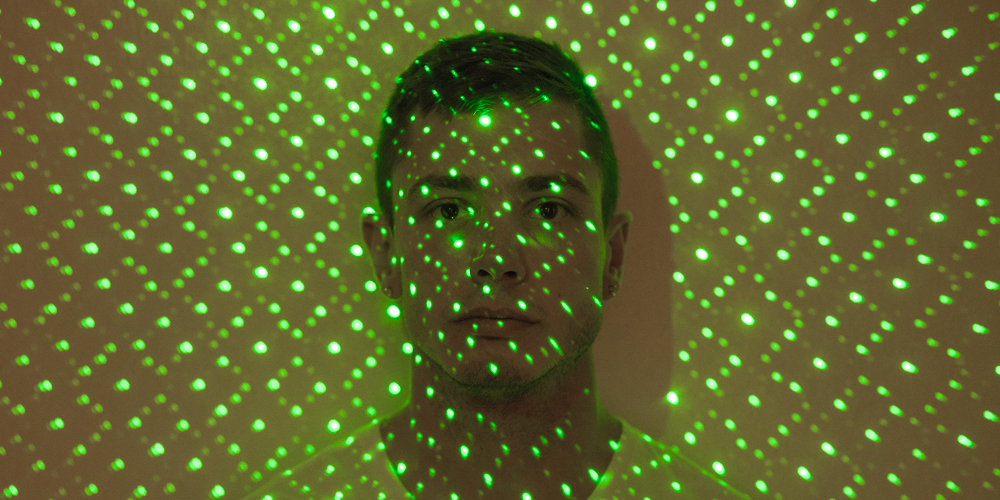 But the connection to ritual stretches all the way to Reinalda’s childhood spent kneeling before a higher power. “I grew up in a really religious family, and church services was the first exposure I had to the idea of a long term performance… something that unfolds over the course of an hour or two.” He admits this is a method he adheres today, hoping listeners can hear, “a particular thought, or an idea there that takes a little longer to percolate.”

Phork’s 2014 album, High End, on NNA Tapes was one of these records that’s percolated for a long time for this writer. It was sonically immersive, but even more than that, it’s overarching theme evoked a great deal of sadness – a work whose subject matter, to me, seemed to showcase the slow crumbling of an increasingly impossible, fragmented American dream. With sounds that are reminiscent of celebratory fireworks one second and gunfire the next. High End spoke to empty consumerism, alienation, and collapse.

The feeling that emerges after repeated listens to Disappear in Raveland feels like a lucid dream, a floating, ethereal haziness. If High End was made with an eye to society, this record alternately seems to have its head solely in the clouds I explain. “It’s nice to hear you say that,” Reinalda responds, “because I think that’s kind pf the place that I was at while I was working on the record and thinking of what it was about.”

He goes on to divulge some of the personal problems he encountered during this period. “I was really broke and by myself, and spent a lot of last year either working or doing a bunch of drugs and going out to parties. That was the majority of my life while I was finishing these songs.” Reinalda chooses his words carefully as he continues. “That’s part of why the record is called Disappear in Raveland – it’s actually a pretty personal title for me, more so than I’ve done in the past. It’s kinda about that feeling of losing yourself.”

This was Reinalda’s ritual for a solid nine months. “I think that feeling of just floating, hazily floating through sounds and people and emotions and ideas is kind of what I was doing during that time, so hopefully that comes across and feels narrative and psychedelic in that way.”

Dancing as a coping mechanism for processing hard times has always been a theme in club music, see Rod Lee’s Baltimore House classic “Dance My Pain Away”, or DJ Sprinkles’ assertion that dancing can be a hyper-sensitive reminder of the history of trauma and loss nestled into dance music’s history itself.  Reinalda is touching on those abstract ideas too, but they’re complimented by a level of purely aesthetic sonic beauty. Mark Fell, ballroom champion MikeQ, and minimalist pioneer Terry Riley were all mentioned in the same sentence on the press release for Disappear in Raveland, and their respective sonic presences can be felt in lingering echoes throughout. 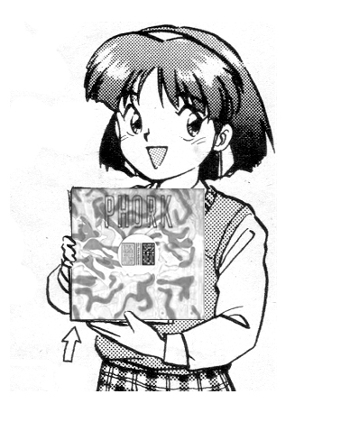 I ask Reinalda about what kind of influences arranged the landscape of the album. “I was really into what a lot of footwork producers do with the human voice – I tried to incorporate elements of that into the music without it being footwork,” he responds. “I also tried to put some sounds on this record that are kinda like ‘hi-def’ sounds that are popular right now in some internet cultures, and mash them together.”  Unfamiliar with the term, I enquire what he means by ‘hi-def’.

“A lot of club people like the Fade To Mind crew or Mumdance will use really crisp, big sounding stuff,” he clarifies, and then pauses to think of an example. The one he decides on clearly fills him with enthusiasm. “Ok, so there’s a YouTube commercial for Mountain Dew that I’ve seen a lot” he gushes. “It’s like a close-up of this can of soda, and there’s like crazy ice splashing sounds, and rushing water, and crunching sounds, and if you’re listening to it with headphones, it sounds absolutely insane, just on a purely aesthetic level. That’s what I mean by hi-def.”

There are aesthetic connections between this album and Fade to Mind, with the latter label’s frequent visual collaborator Miles Martinez responsible for the Disappear in Raveland artwork. “I wanted it to read as a club record even though it’s not actually a club record,” Reinalda tells me. I insist that while his record is experimental, it’s got its share of very club-oriented moments, to which he clarifies: “it’d be great if people actually played it in clubs, but I’m not expecting that.

“I’d be thrilled if I heard it mixed on a dance floor,” he adds, laughing. “I think there are some brave DJs and dancers who’d be down to dance to that, but I guess it’s not so common of a thing.”

Reinalda’s future music plans remain somewhat opaque. “I’d love to do another little tour,” he admits, “but we’ll see what happens with that, its contingent on all kinds of different elements.” Future releases on the horizon are also a possibility, but Reinalda is tight lipped about it, only repeating the phrase, “I’m always working on music”.

As we talk I feel aware of the dualism of Phork, and how the different sides of Neil Reinalda compliment and play off themselves. There’s a light-hearted playfulness to him at times, a Thomas Pynchon-esque sense of humour at work in his joint-emulating phyllo pastries, or track titles like “Boring Pool Party Bouncer”, based on a depressingly true story about a house party. But it’s undercut, though not negated, by something much more sombre and serious (which makes more sense when Reinalda admits that his current non-musical influences include work by ‘90s cyberpunk philosopher Nick Land and dystopian virtual reality anime show Serial Experiment Lain). The logo adorning his SoundCloud page highlights this dualism, a middle path between optimism and despair – it’s the classic acid house smiley face of the ‘90s, only a single tear running down its cartoon cheek has been added.

That same synthesis of utopia and dystopia can be found on a sweatshirt that Reinalda has made and is selling online – the only existing piece of Phork merchandise to date. On the back of the shirt, there is a quote from the Mary Oliver poem, Wild Geese, which states: “You do not have to be good. You do not have to walk on your knees. For a hundred miles through the desert, repenting. You only have to let the soft animal of your body love what it loves.”

Reinalda speaks to the quote: “What Phork is as an idea… I guess I’m still figuring out,” he admits. “But I found that text really beautiful and true, and it was a mantra for me for a specific moment in my life, and hopefully that adage can be special to other people as well. In that way, I think it has something to do with the kind of vibe of the music that I make… Hopefully it can function for people in both senses, in a mind and body way.” 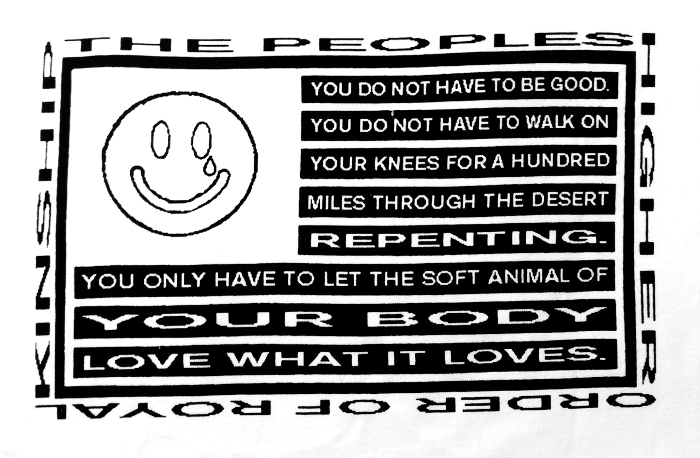