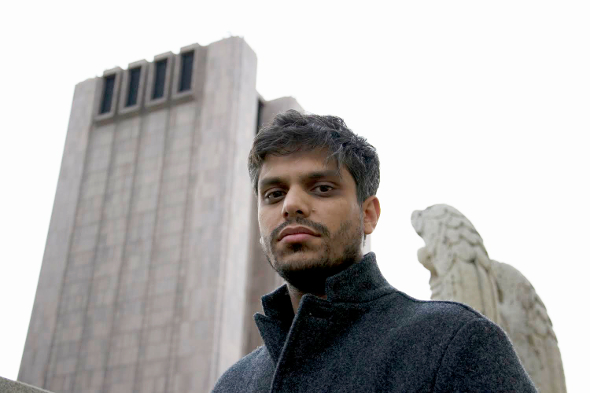 Truss and Tessela’s label to put out a double vinyl release of locked grooves by audio-visual artist Haroon Mirza.

Up until mid-December last year, Poly Kicks label boasted the single release, Tessela’s Hackney Parrot, a popular 12″ that tore through the soundsystems of UK clubland back in 2013. Since that record, Russell’s music as Tessela’s has appeared on R&S several times in addition to the collaborative Wa Chacha 12″ with Nozinja on Bleep. Poly Kicks re-emerged last year with both Tessela and his brother Truss at the helm, with the former’s Luv Mix 12″ accompanied by news the label would also feature a series of ‘locked groove’ records compiled by invited guests. Today news arrived of the first of these guest Poly Kicks appearances with The Vinyl Factory affiliate and audio visual artist Haroon Mirza (pictured above) offering up a unique double vinyl release consisting 50 locked grooves.

As Poly Kicks explain, Mirza creates customs 12″s from textiles like glass, cardboard and sellotape which he uses to make “a huge collection of homemade physical locked groove records.” The 50 locked grooves themselves have been made by “recording and processing these loops and compiling them on two identical vinyl 12”s, designed to be played together,” and for more of an idea on how the music was made check out the video below. 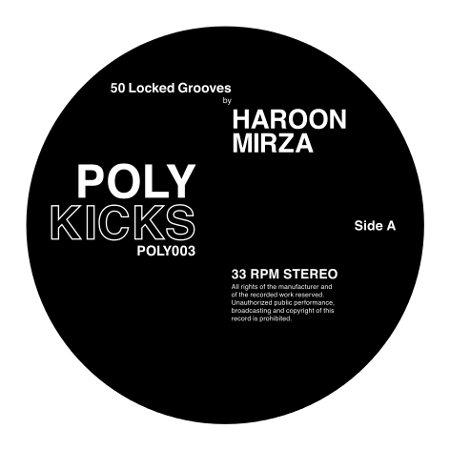