The Missing Tapes will arrive in March.

With the belated arrival of their Linear Movement retrospective this month, Minimal Wave have turned attentions to the next project which squares the focus on Dutch wave icon Das Ding. Fans of Veronica Vasicka’s label will be eminently familiar with Danny Bosten’s work as Das Ding; Minimal Wave arguably helped to revive the Rotterdam artist’s career with H.S.T.A., their 2010 album of his music originally recorded in the early ‘80s. Since the release of H.S.T.A., Bosten has been performing live as Das Ding as well as composing new music, with local Rotterdam label Electronic Emergencies releasing his album Why Is My Life So Boring? in late 2014. Bosten has also been crafting his own line of Baby 8 sequencers – read our interview with him about that here.

Bosten’s return to Minimal Wave comes in the shape of Missing Tapes, a six-track presentation of further Das Ding music dating back to the same early ‘80s period as his 2010 LP for the label. Some of the tracks featured were previously issued on cassette through Bosten’s own Tearaway Tapes label and fellow Dutch DIY operation Stitching Upon Materials, whilst the remainder is seemingly unheard Das Ding music. Bosten’s talents as an illustrator are given centre-stage with one of his own drawings from 1982 forming the basis of the Missing Tapes LP artwork. 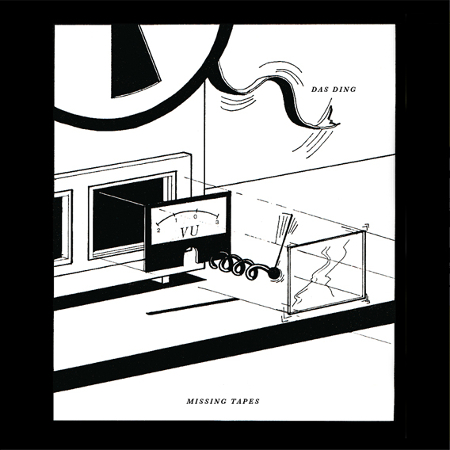