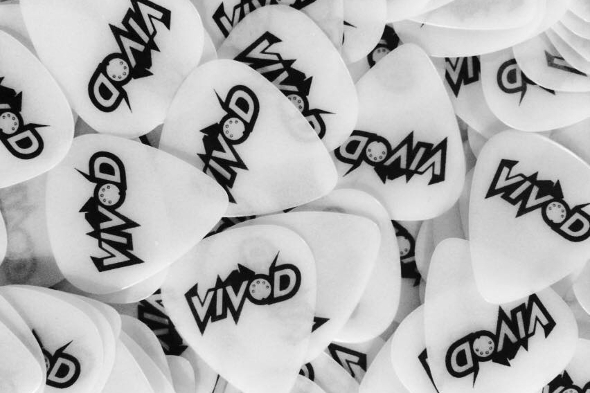 Launched in early 2013, the VIVOD label from cat-loving Cyber Dancer Ali Renault has opened the wider world to some strange forms of electronic body movers from names familiar and unknown – with each 12″ arriving in limited form replete with hand-printed sleeves. The more attentive VIVOD fans will know all releases to date have fallen under the banner of a ‘Vivodian soldiers’ series, symbolised in aesthetic terms through those rather glum-looking war-time grunts that adorn those sleves.

The series will end later this month with the somewhat-delayed Lost Apocalypse 12″ from Giallo Disco founders Vercetti Technicolor and Antoni Maiovvi, though VIVOD lives on in a new form with a ten-part Vivodian map series due to commence in the spring. Ahead of the arrival of Lost Apocalypse, the Greek half of Giallo Disco has unveiled “Ferox,” one of his two contributions, which you can hear in all its strident John Carpenter-esque pomp below.