Mike Huckaby returns with My Life With The Wave Vol 2 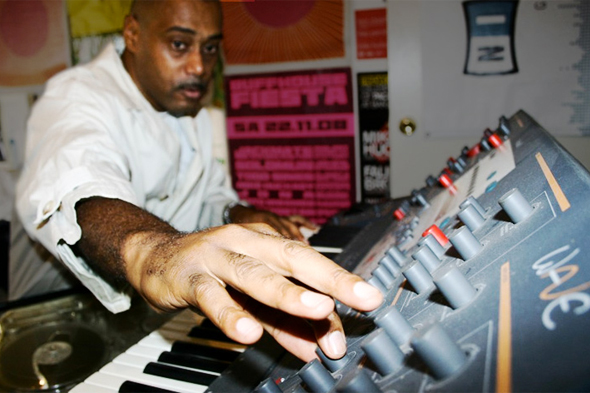 While he may not be as prolific as some of his Motor City peers, Mike Huckaby is still a large presence in the Detroit house and techno firmament. Adopting something of an elder statesman role, the veteran producer has devoted much of his energy to music production education in amongst his own artistic endeavours. Still, it’s been three years since the Baseline 88-89 and The Versatility EP 12”s were released on his own S Y N T H label, and it’s been largely quiet from the man since. We did however get treated to a Huckaby production on the excellent Soul Jazz compilation Sounds Of The Universe (Art + Sound) which Tony Poland described as “a classic slab of US house,” whilst his Baseline 87 record also got a timely 2015 repress on S Y N T H.

Back in 2007 Huckaby made his first appearance on S Y N T H with the seminal My Life With The Wave release, unique in that it hinged on sounds created with the Waldorf Wave synthesiser and nothing else. Aside from that self-imposed creative restriction, he included a sample CD carefully pieced together to encourage producers to serve up their own results from this fabled sound source. Now Huckaby is ready to return to the project with My Life With The Wave Vol 2, once more exploring the limitations of the hardware in his own inimitable dubbed out Detroit house style.

Once again the limited edition of the release (limited to 313 copies) will include a sample disc, this time including 64 more sounds than were on the first edition. According to the audio advert (streamable below) loops will be amongst some of the sonic tidbits available for would-be Huckabys to get creative with. For those curious to know how the experiment worked out the first time round, you can check Huckaby’s mix of tracks from other artists using the Wave sounds here.

S Y N T H will release My Life With The Wave Vol 2 by Mike Huckaby on January 25.