Luxus Varta – Everything is Nothing: Hubble Telescope Series Volume 1 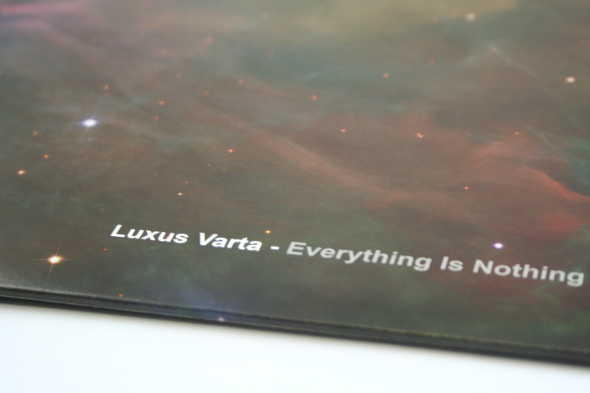 It was inevitable that an electro label would pay homage to Hubble, the space telescope that has been beaming back images of the cosmos to Earth for the past 25 years. The only surprise is that it took so long for a label that represents a style of music so inextricably linked to space travel to realise such a series. Few imprints are as well qualified to execute a project like this as Solar One Music. 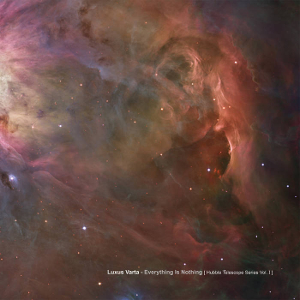 This release, from Detroit Grand Pubahs protagonist Luxus Varta aka Emeric Di Paolo, kick starts a stellar series that will purportedly feature key electro players ERP, Heinrich Mueller, and Solar One co-founder The Exaltics. With cover art that features a textured star-belt and what could be the entrance to black hole, there are no prizes for guessing the musical focus on Everything is Nothing.

“Kuft” hits the listener straight between the eyes with 808s pushed into the reds, a muscular, acid-tinged bass and detuned chimes that sound like the alert on a space ship as it heads into an asteroid field. “Breigs” is even bleaker, with Varta splicing robotic female vocals with glitchy, stop-start beats and menacing bass tones. “Voxpo” isn’t quite as intense, but follows a similar route, with doubled up drums providing the backing for eerie synths and muffled conversations.

However, it’s not all pitch-black futurism and on Everything is Nothing, Varta succeeds in striking a balance between the serious and the entertaining. “Leloh” resonates to a purring bass and atmospheric synths that mean the track could pass for a cosmic version of the Miami Vice soundtrack. Better still is “Floo”; underpinned by a lithe, minimal rhythm, it features the other Pubahs member, Paris the Black Fu, talking about ‘downloading sub consciousness’ and claiming, in ultra-serious tones, “now the question is…man or machine?’. If you’re asking, the answer is both, but it’s also a reminder of how much fun electro can be. Roll on the next volume.