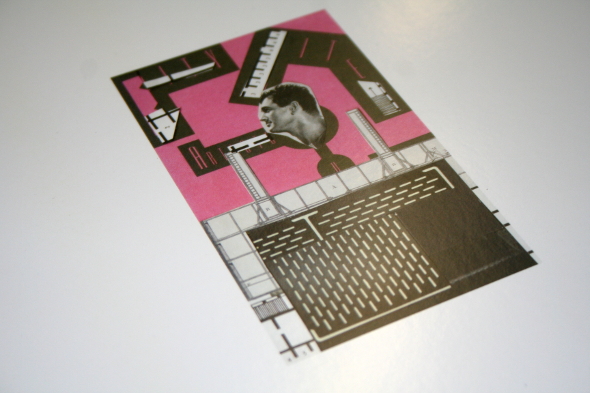 Young Glaswegian imprint Contort Yourself is only three releases in, but already creating a buzz with its lo-fi, DIY, sludge techno jams. With an aesthetic already defined by such imprints as Mathematics and L.I.E.S who are often imitated, but hardly matched; where does this label fit into the current musical landscape? As Richard Brophy most clearly summed it up earlier this year, Contort Yourself “draws a neat circle between the present and the past” with young guns such as Helena Hauff, Perseus Traxx and Slugbug appearing alongside ‘80s industrial legends Die Form or Pankow and the imitable Jamal Moss. On Shark Story of The Century it’s business as usual: bemusing titles and more bizarre experiments in sub-genre crossover. 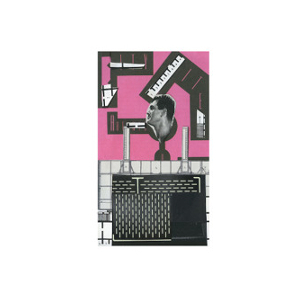 Enrique, otherwise known as NYC’s Miguel Alvarino has appeared previously on Hot Releases and Unknown Precept and delivers the rusty and reductionist workout of “Dissociate”. It’s vaguely reminiscent of Marcel Dettmann‘s notorious “Kernel” from 2009 with its overdriven kick and distorted snare strikes supported by evolving layers of makeshift warehouse percussion; bearing all the hallmarks of industrial techno standards. Beau Wanzer‘s effort “Weasels” goes for the jugular on this 128 BPM monster, a tempo usually reserved for his Civil Duty work alongside Shawn O’Sullivan, and it almost sounds like an excerpt from Jeff Mills “Live At The Liquid Room”. A relentless, rapid fire 909 workout tramples on top of acidic analog hysteria and a hypnotic doom laden melody. It captures the zeitgeist of clandestine Midwest raves that he ironically claims to have never attended.

Representing the old guard is seminal ‘80s outfit Esplendor Geometrico. “Rotor” taken from 1988’s Mekano-Turbo showcases the Spanish duo’s sheer naked aggression, where bare bones instrumentation was the basis crucial to their aesthetic. Pogoing cowbells and cracking snares face off with Arthur Lanz’s recurring chant, bellowed through layers of delay and distortion. Oliver Ho’s Broken English Club flips the script on said track in brilliant fashion. His version; a bleepy, late night, electro punk thriller, swaps Lanz’s vocal for that of Michael Gira from Swans, on a sample taken from their 1986 track “Coward”. And not forgetting James Donadio, appearing under his notorious Prostitutes guise again with another curious experiment in outsider techno on “Coyahuga Frankenstein,” a drunken, late night drum machine jam whose oblivion to standard genres and trends is what makes it so curious as always.

Maybe it’s this very combination; of under acknowledged innovators of decades past appearing alongside this new breed of upstarts, which differentiates Contort Yourself from the pack. Joining the dots between past and present, to bear witness to the approach in the sounds of the ’80s compared to now; all cultural, geopolitical and certainly technological aspects aside of course. There is an undeniable aesthetic at play that’s in harmony in all that they do and that’s a given. But whether the likes of Contort Yourself will still be pursing this current trend of retro influenced throwback sounds, in say a couple of years; is another thing altogether.