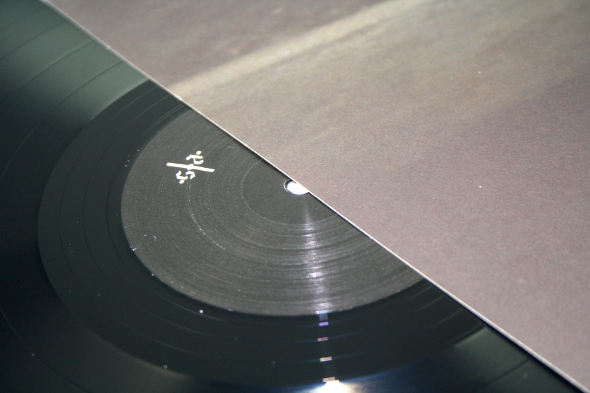 For the nth time this year, we’re back in Turin, and we can now declare ourselves almost totally caught up with the Bossa Luce productions of the elusive Mr. Vincent E.F.c., unless he shocks us with a further raft of unreleased material (which wouldnt surprise me). Shrouded in a thick veil of home-taped fog, Bossa Luce’s magnificent work has been released in limited cassete since the early 2000s and was brought to wider attention last year on Direct Cut’s stunning Cicli Siderali verso l’Annientamento (which was at no. 2 of my staff list of 2014 here on Juno Plus). An introduction to the Turinese loner’s washes of grating sound, layered synthesis, distorted vocals and overall penchant for nightmares, Direct Cut’s retrospective finds a companion in this Nel Salotto Degli Appestati record from Oliver Vereker’s Endangered Species, which anthologises a lot of the remaining rare material broadening the pick of the tracks. Because it’s a less conceptually curated selection, this record provides a wider angle on the artist’s production over the years. Nel Salotto degli Appestati (“In the Living Room of the Plagued”) takes material from the tapes Douce Torture, Aut Aut and the split Vincent E.F.c. did with himself as Kolmas Oli Thoralf in 2012. While the Direct Cut release focused more directly on the nihilistic, and rather abstract electronica of Bossa Luce’s sound, this collection puts on the table some of his more organic sonorities and some of his more narrative and also more danceable pieces.

“Colere”, “Doux Torture” and “Fonce Demain” all attest to a beautiful flair for marrying a plumbeous electronic grain with an instinct for melody, however vicious. “Opto Opto Opto” and “Repulsa” – thick eerie pieces inhabited by the clang of chains, reverberating utterances, whirls of watery, sometimes even airy electronics – home in nicely on Bossa Luce’s capacity for storytelling through soundscape, for painting pictures, for making films. The second side of the record alternates between a sophisticated taste for old European EBM – “Time Stands Still” and “Bunker Flemma” deliver the kind of black police-movie polish exhibited on early Borghesia or Xymox – and a will to experiment with ever-more complex declinations of the brutal layering which has become the artist’s trademark.

This is especially clear as we move towards the more recent material: “Replacement” and “Assertori del Disagio” gradually renounce the driving synthline to give way to an entirely distortion and drum-machine driven process, as if devolving the passionate violence of the melody to another, sicker kind of infrastructure. Sickness, in fact, might just be the key word: there’s a really expert, deep sickness to Bossa Luce’s work. It consistently bears the sonic marks of DIY attitudes – solitude, lack of compromise, introspection. It’s often danceable (sickly, of course) and furious yet stone cold. Finally, there’s a crown on his head as an heir to the Italian industrial tradition, which has been documented so richly in 2015 by represses such as the Der Zeltweg collection, Maurizio Bianchi, Daniele Ciullini.

Bossa Luce carried on a typically Italian treatment of neurosis and horror with an old school attitude so hard to find in today’s valleys of gloss, and long may he continue to do so: harrowing, forceful, he seems to be have a suitable mix of “anxiety, constipation and the right body for the role” – to quote the title of these titles – to pull the tradition into the 21st century. If Milan is a car park, as someone once said, then Turin is a dumpsite. Here’s to continuing to play amongst the electro-metallic rubble of today’s world.