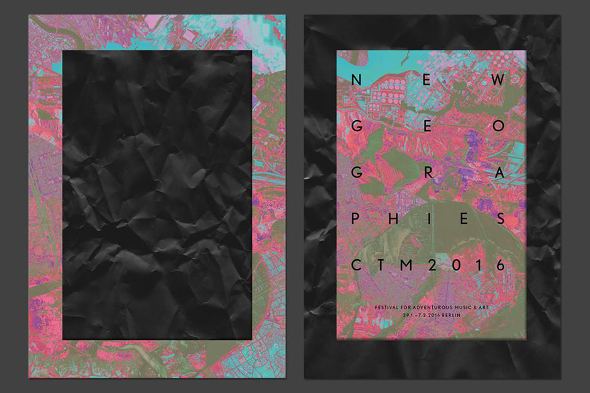 Peder Mannerfelt, Kassem Mosse, Lena Willikens and Aisha Devi are among the first announcements for the Berlin festival.

Due to take place as January meets February across various Berlin venues, the theme of New Geographies for CTM’s 2016 edition finds the organisers exploring “today’s rapidly collapsing borders and emerging new hybrid topographies, as well as the tensions and essentialist backlashes that arise as a response to these changes.” Morphine founder Rabih Beaini has been enlisted by the Berlin Festival to help shape the curation along these lines and the first wave of announcements makes for interesting reading. Given Beaini’s involvement, it is no surprise to see recent Morphine acts such as Pauline Oliveros & Ione and Senyawa’s Rully Shabara & Wukir Suryadi confirmed among the special projects.

Beyond this, CTM have commissioned a series of works and premières for the festival with Fis, Aisha Devi, and Peder Mannerfelt among the names to feature; the latter with a live performance of his album The Swedish Congo Record. Further artists slated for the week-long festival include Lena Willikens, Kassem Mosse, 1432 r artist Mikael Seifu, and Polish act T’ien Lai who were a highlight of last month’s Unsound festival. As with previous years, we can expect further announcements over the coming weeks ahead of the festival’s commencement. For further details on tickets and the full line up, head to the official CTM website.