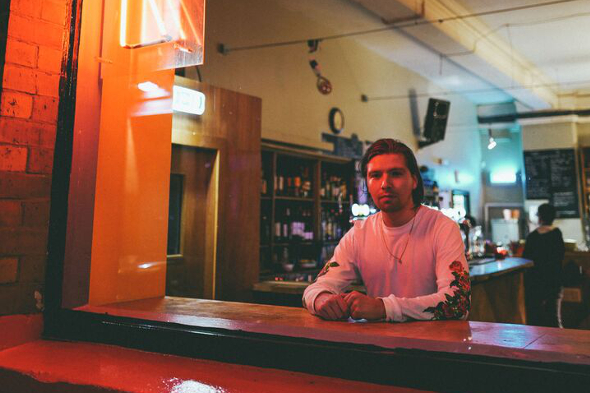 The Tu Y Yo EP will be the debut release from the Manchester-based Columbian producer.

There’s a rising presence of Latin, reggaeton influenced crossover beats in certain corners of the bass-led dance music diaspora, no more evident than with the emergence of Kamixlo from the Endless crew as we reported last month. Amongst the myriad of labels that have been pushing this sound is Swing Ting, who over the course of the past year have amassed a strong identity from the opening gambit Skank by Brackles through to an EP and an album from Madd Again! The Manchester-based label is steered by Samrai and Platt, who also run a dance alongside Murlo, Fox and Joey Bashment under the Swing Ting banner at The Soup Kitchen on the third Saturday of every month. Since forming in 2008, the collective has thrown parties in a variety of venues both in Manchester and further afield and contributed a mixtape to the Reel Torque series, while Samrai and Platt’s productions have landed on Unknown To The Unknown, Niche ‘N Bump and Fat City amongst others.

The next Swing Ting release shifts the focus to Florentino, who is based in Samrai and Platt’s Northern stomping ground, but his music demonstrates no small degree of sonic lineage to his Columbian heritage. Take one listen to his debut EP Tu Y Yo and it’s not hard to hear those Latino influences beaming out of the tracks, but it’s matched with a keen instinct for low end intensity and stripped down dynamics that speak of his UK location. As an opening statement the five-track release tells you all you need to know about Florentino as an artist, not to mention continuing the intriguing development of globally-influenced but UK-rooted dance music, particularly that emanating from Manchester. The full release will be dropping later this week, but for now you can sample the delights of EP highlight “Split In 2” via the SoundCloud player below.