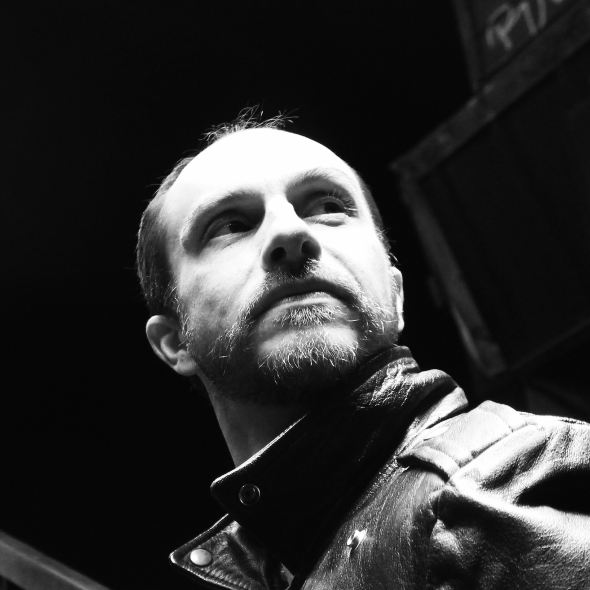 Under the Black Meteoric Star name, Russom delivered a self-titled album and several 12″s for DFA back in 2009 which revolved around a brand of hypnotic, analogue techno that was quite out of step with style of that time. Speaking to us about Black Meteoric Star last year, Russom admitted he was by no means the only act adopting this approach and name-checked Nation artists Traxx, JTC and D’Marc Cantu. Russom’s affiliation to Nation was made clear this year, with the imminent label boxset The Modern Electronic Element Serie III featuring a track from the Gavom collaboration between the New Yorker, Traxx and Darrin Huss from Psyche.

If you got to the end of the mammoth interview with Nation founder Melvin Oliphant III we ran earlier this year regarding that box set, you’ll have been excited by his revelation that the label was planning to release a new Black Meteoric Star album from Gavin Russom. Further details of that album have now surfaced, with The Xecond Xoming Of Black Meteoric Star taking shape as an eight-track double-pack that essentially marks an end for the project. Russom steps out as a vocalist on closing title “No Map”, and you can sample that on this video hosted at the Nation Facebook page.

Expanding on the “nocturnal eco-warrior” theme of the album’s artwork, press notes from Nation offer the following insight: “A mysterious figure undergoes a transformation, triggered by the discovery of music from his former radical self into praising Gaia, the mother of all life. He urges us on to go out into the wild, and we follow his call. Because only the love to nature, and the intricate balance of the circle of life will repent humankind from their savagery, their violence and their discourt…This is a political and spiritual manifest. No religion, no state, no currency can save us from certain doom… Only if we change our ways, will mankind live to see the brighter future.”