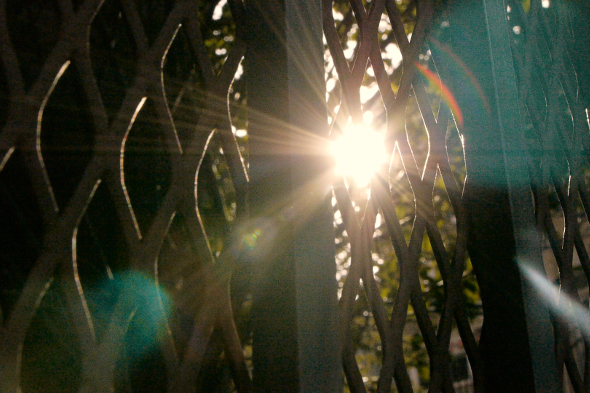 Watch a stunning visual treatment from Georgia for a highlight of the newly released RVNG Intl album We Are Not The First.

The arrival of a new album from RVNG Intl can mean only one thing; a music video that demands your full attention. To herald the release of the Hieroglyphic Being & J.I.T.U. Ahn Sahm Buhl album, We Are Not The First, RVNG Intl commissioned multidisciplinarians Brian Close and Justin Tripp of Georgia to deliver a video for one of the album’s many highlights “Fuck The Ghetto / Think About Outer Space”. We are big fans of Georgia but their visual work is something that hasn’t been explored as fully as Close and Tripp’s music, and the below video has us so very impressed.

For those who are yet to hear the album, this track features some brutally delivered vocals from Rafael Sanchez centred on “Humanity’s “Prison of Technology” and the digital documentation of Identity” and could perhaps be seen as a response to Moss’s own “Space Is The Place, But We Stuck Here On Earth”. For the accompanying video, Georgia have collaborated with Alon Sicherman and Micah Dickbauer to deliver five minutes of swiftly edited shots of New York, with the aforementioned Rafael Sanchez contributing his own angry presence to proceedings.

An additional note for any New York-based readers who are fans of RVNG: the label will be hosting a release party for the Hieroglyphic Being & J.I.T.U. Ahn Sahm Buhl album this evening at Commend, their recently opened retail space (or “place to praise and blaze” as they term it). Housed in the East Village, Commend will be showing the above video in-store as well as hosting a live performance from Georgia and a reading by Rafael Sanchez. Free refreshments will be provided in the form of tea! All details for the evening can be seen on the below flyer. 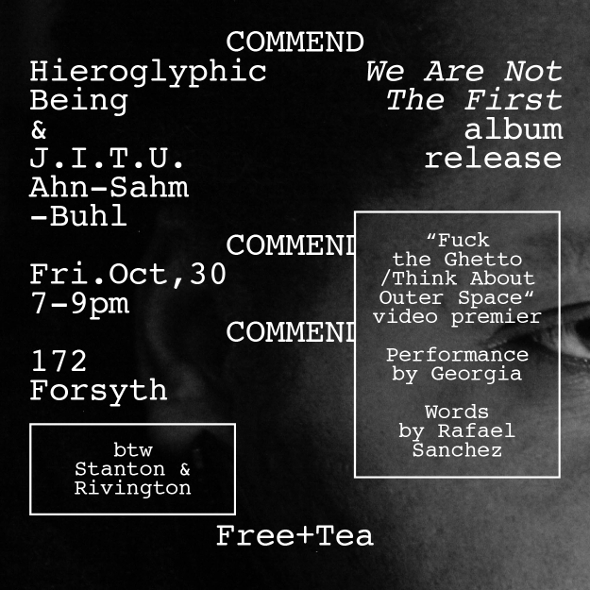