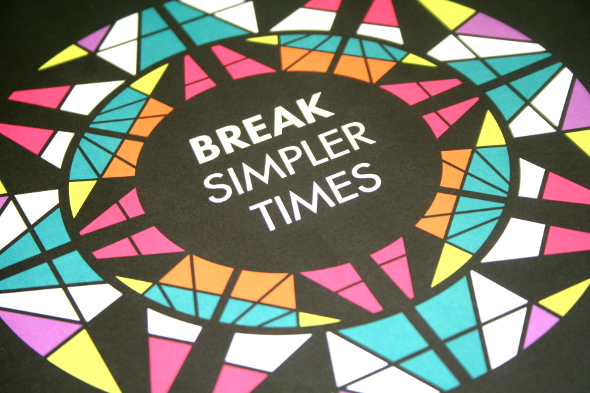 Hard to search online, easy to love: Break is one of drum and bass’ most respected anomalies whose contrasts and characteristics helps to remind us why we fell in love with the 20 year old genre in the first place. While many of his peers devote a fair amount of their passing time on Twitter, Break refuses to subscribe to any social media behaviour. A certain faction of the genre may be employing decorated top line writers and featured vocalists from the world of pop, yet Break reminds us how vocal D&B tracks can be cooked up and coated with genuine soul. While many drum & bass artists chisel a sub-sub-sub-genre sound and seldom pop their peepers over the niche parapet to see what else is going on, Break embraces the full scene spectrum, amassing as many stripes in liquid as he has tech-focussed D&B. 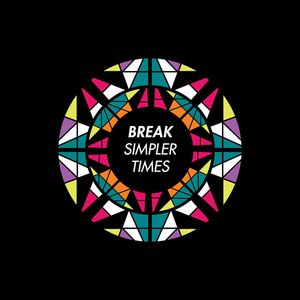 It’s these contrasts that Break refers to – at least in part – with the title and concept of his third album; while Simpler Times actually took its name from one of Kyo’s lyrics, Break knew it would neatly package and present his love of an era untainted by internet hype and marketing fluff. A time when music – specifically vinyl and acetates – did the talking and the scene’s foremost flagbearers were immersed in an arms race to unearth the best sample, engineer the most robust, next-level drums and conjure up the most alarming bass textures.

Cue: the Photek-conjurations of the gully glacier “Confidential”, the spasmodic Paradox-level drum edits on “Late Exclusive”, the guttural Bad Company-esque Reese bass on “Regulate” and the 4Hero-style jazz headiness on the title track. Take these four album highlights alone back 10 or even 15 years and they’d still have made complete sense (although the production level would have blown minds a little).

But wait, this isn’t a hanky-wringing nostalgia trip. From the gospel ripples and grizzled glitches of “Gave Too Much” to the all-out aggression highly sprung halfstep drama of “Kill Dem” by way of the Fats-fronted reggae dazzler “Free Your Mind”, Simpler Times sees the Bristol-based Londoner counterbalancing any sense of sentiment with sonic savagery, history with heaviness and longingness with lashings of futurism.

Business in usual in that respect, then. Break’s productions have always been driven by this balance (a clue is in the chosen name of his label, Symmetry). You could argue that this is the singular negative of his album; the penchant for simplicity, the dynamic spatial consistency in his drums (the clue is in his artist name) and the continuous collaborations with honeyed dulcet dealer Kyo, a singer who has fronted the majority of his vocal songs since the beginning of his career.  These signatures of Break’s work are so well known, respected and rife throughout his repertoire that Simpler Times comes with no surprises. Essentially, if you know Break’s work, you’ll already know how good this album will be.

‘Unsurprisingly good’ is hardly a critique, though. And if you’re new to drum & bass – or have decided to dip your toe in to see what all the chart-barging fuss has been about in the last 18 months – this is the perfect entry point to real jungle-rooted D&B. Showcasing drum & bass’s original scene-defining core values, its versatile balance of light and darkness, its overall sense of subversive soul and unfettered funk – all while staring point blank into an unknown future. Simpler Times doesn’t just demonstrate Break’s abilities as an artist but acts as a calling card for timeless drum & bass jungle full stop.