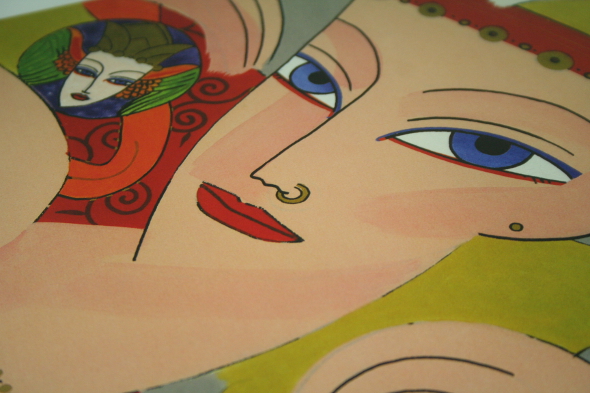 One of the joys of the Internet age is the opportunity it offers to discover – and celebrate – obscure or overlooked artists. For those in the West, Yasuaki Shimizu would fall into that category. A Japanese multi-instrumentalist, virtuoso saxophonist, producer, writer, arranger and fearless experimentalist who has been active since the early 1970s, Shimizu’s work has long been popular with those who regularly make crate-digging trips to Tokyo and Osaka. 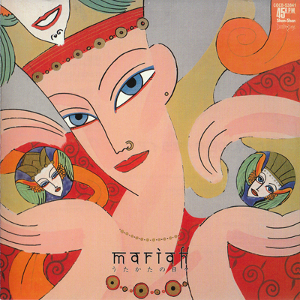 Shimizu is a great example of a musician whose best work is cherished by those in the know, but pretty much unknown to a wider audience. He started his career playing in experimental jazz bands, creating his own peculiar brand of fusion jazz by blending Western and traditional Japanese influences at the tail end of the 1970s. He later went on to create a band “in which he was the only member” (the surrealistic Saxophonettes, who were remixed by The Orb in the early ‘90s) and has composed a number of soundtracks – both for films and art instillations. He’s also worked extensively with Yellow Magic Orchestra founder Ryuichi Sakamoto. Certainly, his credentials are good.

Perhaps the project for which he’s best known – in certain circles, at least – is Mariah, an experimental rock and synth-pop band that recorded six albums between 1979 and 1983. The last of these, Utaka No Hibi, has long been considered something of a left-of-centre classic amongst Balearic-minded crate-diggers, with its most famous track, the rubbery, post-punk influenced, proto-Balearic bliss of “Shinzo No Tobira”, regularly appearing in DJ mixes from the likes of Lena Wilikens and Lexx.

Helpfully, Palto Flats – a label whose previous release focused on another experimental jazz/synth-pop fusionist, Roland Young – has decided to reissue Utaka No Hibi, giving it the wider release it deserved, but was never granted back in 1983. All these years on, it still sounds as weird, wonderful and joyously eccentric as it no doubt did back then.

The thing is, Utaka No Hibi is really rather good. Its fusion of styles, sounds and pan-global influences may be quirky and tricky to pigeonhole, but it often makes for mesmerising music. Even the album’s most bizarre moments – see “Fujiyu No Nezumi”, a kind of marimba-wave re-invention of “Three Blind Mice” – are strangely inspired.  When it really hits the spot – such as on the sweet, stripped-back, dubbed-out Balearic balladry of “Shisen”, or the swirling, slo-mo menace of “Shonen” – it’s nothing short of sublime.