SPR declares Her Eyes Are An Abyss 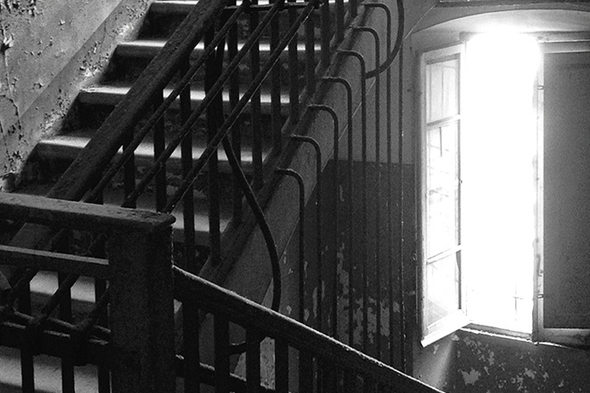 It’s not long at all that SPR has been on the Juno Plus radar. Back in July, our very own Tony Poland was musing on the debut work from the little-known Hamburg artist, who found a home for the cunningly titled EP1 on the V I S label operated by Tobias Duffner and recent podcaster Nina. A little digging around the fact hints that SPR may have previously dabbled in the dark art of black metal as part of Sacred Ritual, although that hasn’t been confirmed just yet. The JSMË label meanwhile is equally fresh on the scene, having put out a single by Ivic entitled In Your Rosary last year, followed by a wider repress back in April. The label was started in Berlin by Saele Valese with a focus on photography as well as music, and certainly the tendency towards atmospheric sound design witchcraft and desolate urban decay imagery sit comfortably together.

So it is that SPR’s second release is also JSMË’s, and the artist has stepped to the aesthetic of the label with a continuation of the immersive tones that populated his debut. The limited run of Her Eyes Are An Abyss 12”s will be matched up with imagery by Italian photographer Andrea Vitali included on an insert, suggesting that Valese is committed to pushing the visual aspects of his project. You can already order the single from the label’s online store, with a wider release due at the end of the month. The below SoundCloud clips should give you an idea of what to expect. SPR meanwhile looks set to have further outings in the near future, with Trifft suggesting to us that she “definitely want[s] to release much more stuff” from the reportedly reclusive artist.

JSMË will release Her Eyes Are An Abyss by SPR on October 30.

A1. Untitled Ritual
A2. The Purest Ore Is Produced From The Hottest Furnace
B1. Her Eyes Are An Abyss