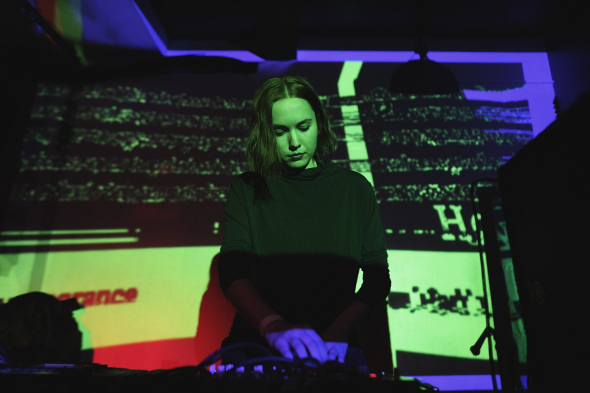 Whilst Dan Bodan, Max McFerren and Scientific Dreamz Of U are currently representing 1080p on a series of European tour dates, label boss Rich McFarlane continues to disseminate the cassette and vinyl goodness from his Vancouver stronghold. The recently announced Magic Touch does ambient tape from Damon Eliza Palermo will close out the year for 1080p, and before that the label will usher in another debutant in the shape of Beta Librae. Attendees of Discwoman will be familiar with Beta Librae, aka New York via Kansas City artist Bailey Hoffmann, who has plenty of experience behind the decks at the collective’s clubnights.

The upcoming Swope Park is due next month and the first chance to assess Hoffmann’s skills as a producer, with the nine-track tape the result of experimenting with her Korg Electribe (the title is also a neat nod to her hometown of Kansas City). As a taste of what to expect, we are premiering the closing deep bumper “Bangs_Dub” whose reverse drum licks offer ample evidence Hoffmann took full advantage of the Electribe’s sampling possibilities.