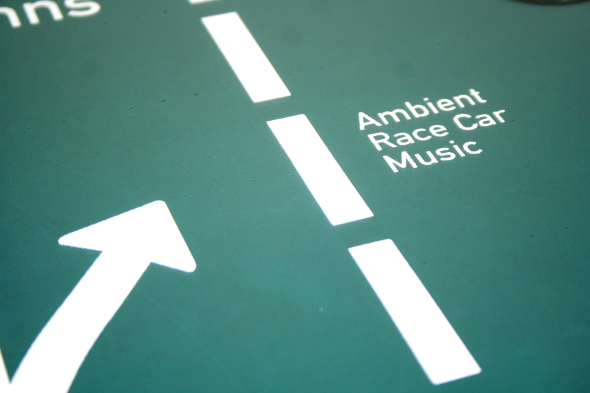 In the sleeve notes for the first Musik For Autobahns collection, released back in 2012, compiler Gerd Janson cited long drives on the Bundesautobahn 5 between Heidelberg and Frankfurt as inspiration. Like Kraftwerk back in 1974, Janson was keen to explore the very particular experience of motorway driving through musical form. What Kraftwerk identified and celebrated, in their own unique way, was the undeniable link between the restless, never-ending hypnotism of the motorway driving experience, and similarly inclined electronic music. 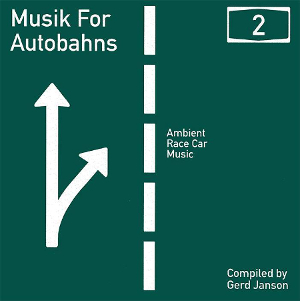 At its most pure, alone in the car with a largely featureless six or eight lane highway stretching out to infinity in front of you, motorway driving is a lonely and repetitive experience. There is a very peculiar ebb and flow to it, which gives ample time for daydreaming. It may not be as fresh or futuristic an experience as it once was – traffic now heavier in the years since Kraftwerk’s breakthrough opus – but there’s still something weirdly alien about long-distance drives on these impressive feats of engineering. This is particularly true late at night, when there is less traffic to distract.

That first Musik For Autobahns collection’s attempts to soundtrack these moments, and capture this very particular experience, were arguably a little hit and miss. Largely focused on what Janson described as “ambient not ambient”, it mixed the Terry Riley-inspired synthesizer minimalism of Âme and lonely melancholia of CF & Daywalker, with the Behaviour-era Pet Shop Boys dreaminess of Marco Passarani, and the weightless, beat-less atmospherics of Acoustic High End Research. Yet while there were plenty of notable highlights, it also featured tracks that sat uneasily with the overall concept.

This follow-up, again featuring previously unheard tracks from an impressive selection of producers in Janson’s bulging contacts list, hits the mark more consistently, with a larger number of tracks that firmly grasp the concept. Joy Orbison’s “A213” – seemingly inspired by a trunk road that runs from Lewisham to Croydon – does this particularly well, with a rolling, ebbing rhythm, drowsy pads and bubbling electronics that trigger memories of post-club drives across the heart of England. Bicep’s “Carmine” – a minimalist chunk of analogue synthesizer refrains, delay-laden electronics and hypnotic rhythms – is similarly effective, and close in outlook to Kraftwerk’s original vision.

Lauer’s krautrock inspired “Autofahrn”, though, barely disguises its debt to pre-robots era Kraftwerk. While impeccably produced and entertaining, it seems a little too close to pastiche for comfort. Others, though, have chosen to take a different approach. Orson Wells seems to have ignored the brief altogether, gazing skywards with a loving tribute to the early ‘90s intergalactic ambience of “Orbiting Jupiter”, while AKSK’s MOR synth-pop shuffler, “Breaking”, just seems a little out of place.

Perhaps the most striking tracks, though, are those that focus more on the emotions stirred by the loneliness of solo motorway driving, rather than the actual motorizing experience. This is perhaps most evident on Disco Nihilist’s surprisingly melodious “Melancholy”, which lives up to its name by focusing on the action of bittersweet synthesizer chords and melodies. It too has a subtly hypnotic feel, though it’s the immersive nature of the American’s production that really catches the ear.

The same could be said for Leon Vynehall’s wonderful “Midnight On Rainbow Road”, which is as heart-aching a piece of melancholic ambience as you’re likely to find. Listen to it while trundling down the M4 at three in the morning, and suddenly the world seems like a less depressing and lonely place.