German duo Phantom Horse follow up their 2012 debut with a six-track album.

Try as we might, it’s just not that easy to keep up with Umor Rex. It was little more than a month ago we were talking up the cargo of new releases the Mexico City label were preparing to release from James Place, Roberto Carlos Lange and Rémy Charrier, amongst others. There is no rest for the wicked as the imprint turns its attention towards Phantom Horse, a Hamburg-based duo comprised of Ulf Schütte and Niklas Dommaschk. The pair previously released a self-titled album on Dekoder back in 2012, while Schütte has been known to work in groups such as Datashock and Endmonster, as well as running Tape Tektoniks, a label which gave Heatsick an early outing amongst many other cassette-friendly adventurers.

This new album for Umor Rex, Different Forces, continues the duo’s tendency towards delicate experimentation in a kosmische style with a focus on warm arpeggios and sparing use of percussion. As the label describes it themselves, “these polyrhythmic vehicles are driven under the influence of Cluster and Harmonia… the tuneful ghost of Moondog can also be seen on the rear-view mirror, while the landscape rushes by with the hypnotic pulse of 1960s minimalism.” It’s worth noting the album was mastered by Californian techno mainstay John Tejada, while Daniel Castrejón resumes his usual position as Umor Rex’s go-to designer for the distinctive sleeve artwork. The label have put together a teaser video for the album, which can be viewed below. 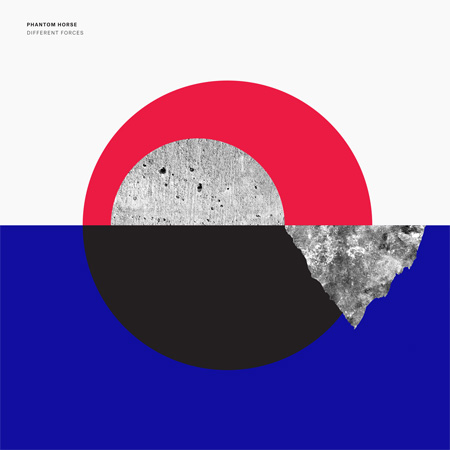